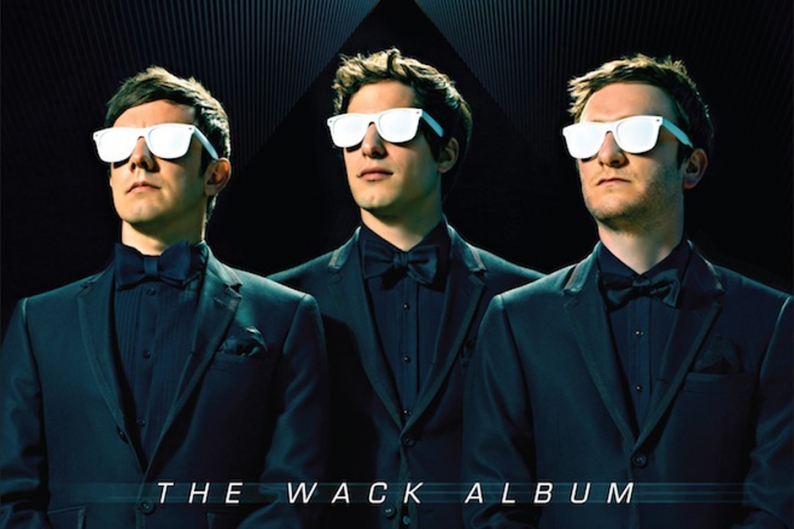 Fake rappers (or “frappers” if you prefer) the Lonely Island have announced that their forthcoming third LP The Wack Album will feature a decidedly non-wack lineup including Green Day’s Billie Joe Armstrong, “Get Lucky” star Pharrell Williams, T-Pain, and Solange Knowles. This in addition to their already released (via Saturday Night Live) collaborations with Justin Timberlake, Lady Gaga, Kendrick Lamar and Maroon 5’s Adam Levine.

They also shared the final album art and a video explaining the impending arrival of “Wack Wednesdays,” which Andy Samberg describes as “Like [Kanye West’s] GOOD Fridays but way wacker.” In other words, the trio will be sharing a new song or video weekly via the Lonely Island YouTube channel all the way up to the LP’s June 11 release. So gird thy knees for imminent slapping, or, as Akiva Schaffer put it, “Hold onto your mom’s dick.”