From OutKast affiliates' 'Age Against the Machine' LP 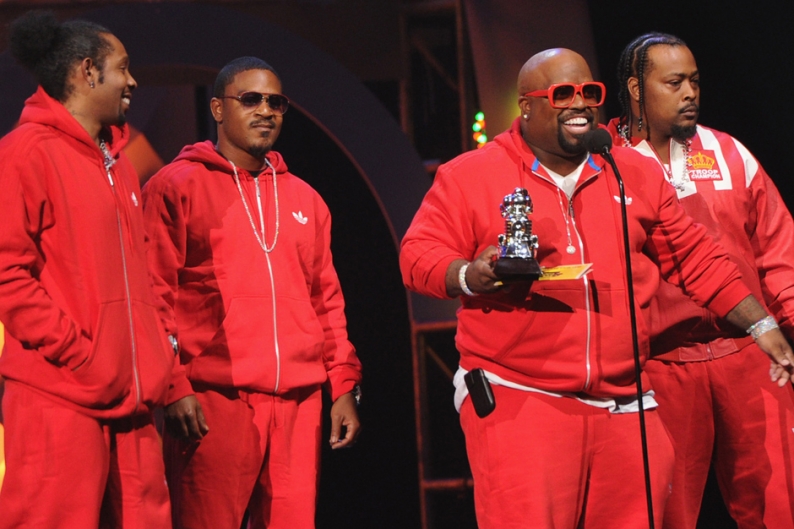 Goodie Mob made a very disappointing return to non-form a year ago when they performed their very Cee-Lo centric reunion song “Fight to Win” on NBC’s The Voice. As our own Brandon Soderberg put it, “When you’re dressed in costumes best described as Jobriath meets C3PO meets Earth, Wind, and Fire, and the world’s sexiest douchebag, Adam Levine, is emphatically nodding his head to your latest single … you’ve done fucked up.” Perhaps that’s why it’s taken the Atlanta art-rap godfathers an entire 13 months to release the next song from their forthcoming first album in nine years, Age Against the Machine. That title proves to be rather apt indeed when you consider the just-out “Special Education,” which finds the four elder statesmen rapping over a bunch of so-so Skrillex skronk and lo-bit synth. It’s a vast improvement over the last look though — one which finds all of the Goodies rapping (yes, even Cee-Lo) in top or near-top form while the always on-point Janelle Monae handles the chorus. “I don’t wear the clothes you wear, I’m just different and I don’t care,” she sings in the style of a schoolyard taunt. The Mob’s been putting it down for individuality for going on two decades. This is a step in the right direction, assuming they don’t wear golden capes when they inevitably perform on TV.