'IV Play' still scheduled for May 28 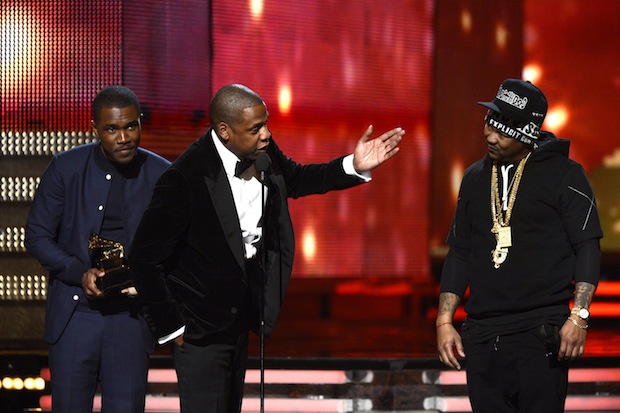 Jay-Z’s love of fine art — and his proclivity to rap about it — might lead some to think that The-Dream’s new collaboration with Hov is about Basquiat and what not. But, really, it’s about getting high. Over a beat of pinging keyboards and fat synth horns, Terius sings about breaking down blunts and partying like 2 Live Crew. It has a slight demo quality to it, not unlike many of the tracks off his 1977 mixtape. Jay-Z, meanwhile, says “bb.”

The-Dream’s new album IV Play is out on May 28, with “High Art” as his latest stab at radio play. Earlier this year, SPIN detailed The-Dream’s struggles with rediscovering his footing in pop culture as a solo artist.