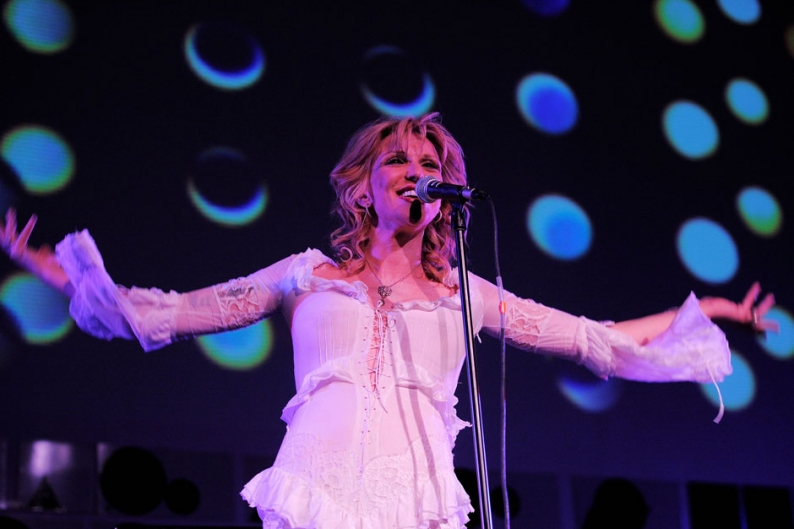 Miss World is ready to hit the road again. Courtney Love has announced a short solo tour that will take her through the Northeast during the final days of June (via Brooklyn Vegan). The Celebrity Skin singer will be mobile from June 20 to 29, making stops in Philadelphia, Boston, Silver Spring, Brooklyn, Port Chester, Asbury Park, and Huntington.

Right now, there’s no word on who will play backup to Love, but Brooklyn band Starred will open for the frequent SPIN cover star at the Philly, Boston, Silver Spring, and Huntington shows.

This tour announcement comes on the heels of Love’s recent collaboration with Fall Out Boy, her appearance in a promo clip for electronic cigarettes, a turn as a model for a Saint Laurent ad campaign (via Dazed), and a pirate-themed duet with Michael Stipe.