Cee Lo and Christina Aguilera Are Officially Returning to ‘The Voice’

But Shakira and Usher will be back, too 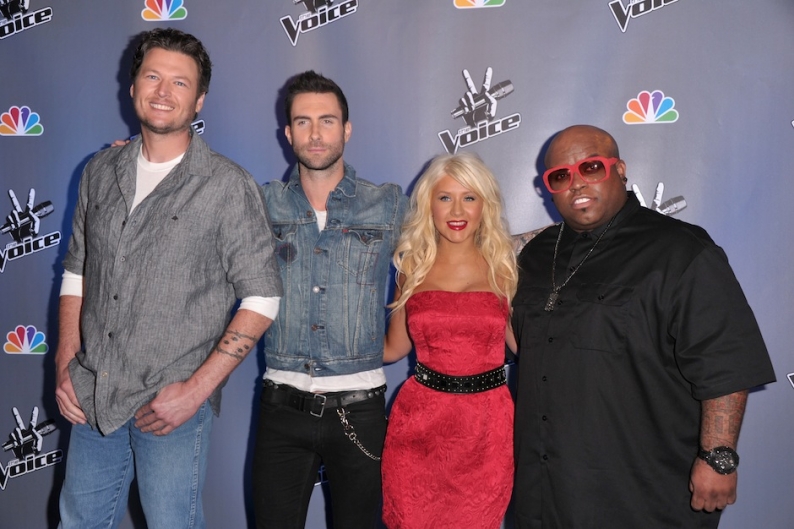 Last week we heard it from Carson Daly’s inexplicably valuable mouth, and now comes word from within 30 Rock itself: Christina Aguilera is coming back to NBC’s The Voice. But that’s not all. Cee Lo will be back, too, reuniting with Blake Shelton and Adam Levine to restore the show’s original coaching lineup, according to the Hollywood Reporter. Daly will stay on as host.

Aguilera and Cee Lo will return for the show’s fifth season, or “cycle” in NBC executive-speak, reflecting that TV shows’ seasons aren’t as long as they once were. Aguilera’s replacement, Shakira, and Cee Lo’s successor, Usher, won’t stay gone for long, though. They’ll be back for the show’s sixth cycle, which will start after the network’s coverage of the 2014 Winter Olympics in Sochia, Russia.

The Voice’s current season ends June 18. It’s averaging 14.5 million total viewers and a 5.2 rating in the all-important 18-to-49 demographic, according to THR. The coaching changes follow the least-watched, lowest-rated season finale yet by FOX rival American Idol, where judge Randy Jackson is officially leaving and Nicki Minaj is reportedly following him out.