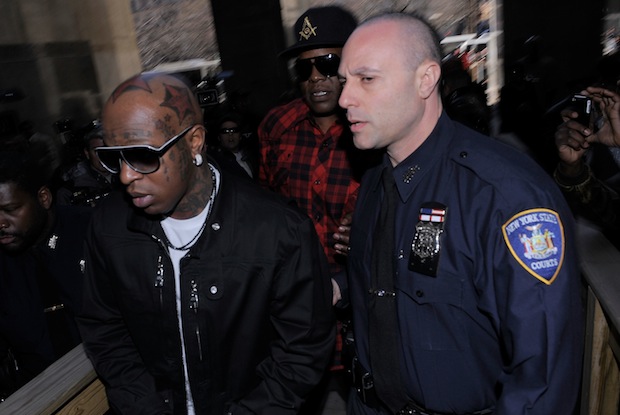 Today on MTV’s RapFix Live, Cash Money boss Birdman told host Sway that he is preparing to put out new music by himself, Lil Wayne, and Drake under the Big Tymers moniker. When asked if Mannie Fresh — Cash Money’s longtime but now exiled in-house producer and the driving creative force behind the Big Tymers, if not a large swath of Cash Money’s output — would be involved in the project, Birdman replied in the negative. So, to summarize: There will soon be new Big Tymers music featuring two artists who were never in Big Tymers. (To be fair, Wayne was a frequent collaborator.)

This didn’t sit well with the Internet, and for good reason. Very few musical legacies remain pure, but the Big Tymers — however small — have so far avoided embarrassment. The same can’t be said for the group’s individual members, freshman and senior: Wayne long ago dropped dignity as a factor in his decision-making process, and it’s an open question whether Birdman — who hoards money at the expense of friends and colleagues like any true American mogul — ever had any in the first place. Drake, meanwhile, has shown a proclivity toward honoring his heroes in suspicious ways, take for example Aaliyah’s family and, well, Mannie Fresh himself.

To ensure Big Tymers’ legacy remain intact, a few fans have started a petition to prevent the release of a Big Tymers album without the involvement of Mannie Fresh. We mean a “few” fans literally. At the time of this writing, the petition had three signatures. It follows in the footsteps of (substantially more successful) petitions to make R. Kelly’s “Ignition (Remix)” the national anthem and to fix My Bloody Valentine’s web site. This is true civic agitation.