Bootlegged from moviegoer's seat during the trailer for 'Epic' 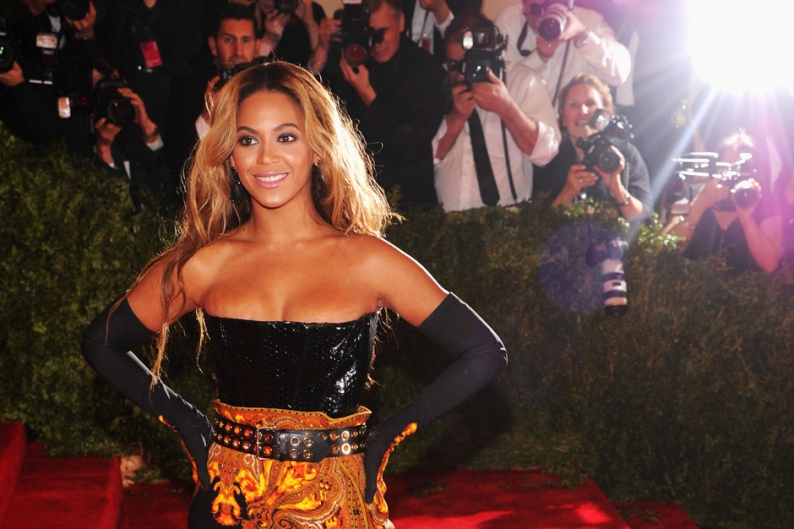 Beyoncé is just teasing us now. After giving us a sip of “Grown Woman” in a Pepsi commercial and a flash of “Standing on the Sun” in an H&M promo, she’s now delivered 20-odd seconds of “Rise Up” via the trailer for forthcoming animated fantasy Epic. Mrs. Knowles-Carter will also star in the film as the woodsy Queen Tara alongside Colin Farrell, Amanda Seyfried, and Christoph Waltz. Oh, and Pitbull plays a toad, Steven Tyler voices a caterpillar, and Aziz Ansari appears as a slug. Those who ventured out to The Great Gatsby on its opening weekend were greeted with a clip for the cartoon, out May 24, which featured Bey’s new song.

“Rise Up” was co-written with Sia (responsible for Rihanna’s “Diamonds“) and, as Idolator reports, produced by Hit-Boy with Chase N Cashe. Someone actually recorded the snippet in the theater and uploaded it to YouTube, so you might want to comfort yourself against the low resolution with a fizzy fountain soda from the lobby. Bey’s got just the brand for that.