The "ultimate funk theologian" passes on at the age of 60 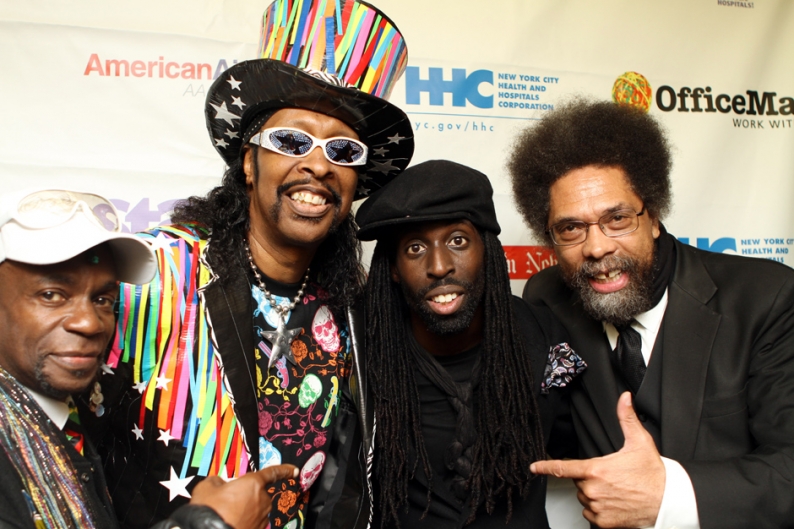 Parliament-Funkadelic’s Cordell “Boogie” Mosson has died at the age of 60, according to band leader George Clinton’s official website. The bassist passed away on Thursday, April 18, of unspecified causes. As Exclaim points out, a 2011 Facebook post from the group solicited prayers for the man after he’d been admitted to the hospital in serious condition. It’s unclear whether his health issues at the time were related to his passing.

In a brief memorial written last week, keyboardist Danny Bedrosian described Mosson as, “The ultimate funk theologian, one of P-Funk’s most pivotal and vital musicians,” explaining that he also contributed guitar, drums, and vocals. He added, “We lost more information, lessons and vast rare funk knowledge today then most learn in a lifetime. We must go on with the knowledge we have been imparted by Boog’s far-seeing vision of funk theory.”

Like the band, Mosson’s origins are in Plainfield, New Jersey. He was born Cardell Mosson on October 16, 1952, and befriended future P-Funk guitarist Garry Shider in his youth. The two relocated to Canada in their teens where they joined a band called United Soul. Clinton had known Shider growing up as well and came on board to produce the group’s music. In 1971, both joined the Parliament-Funkadelic collective in 1971.

Mosson contributed to albums by each of the groups including Parliament’s classic Mothership Connection and Funkadelic’s Cosmic Slop, and was often the crew’s primary touring bassist after Bootsy Collins began to pursue a solo career in 1976. Along with 15 other members of P-Funk, Mosson was inducted into the Rock and Roll Hall of Fame in 1997. He continued to tour with Clinton until his death.