Who Charted? Timberlake, Lil Wayne, the Strokes and Other People We Actually Like 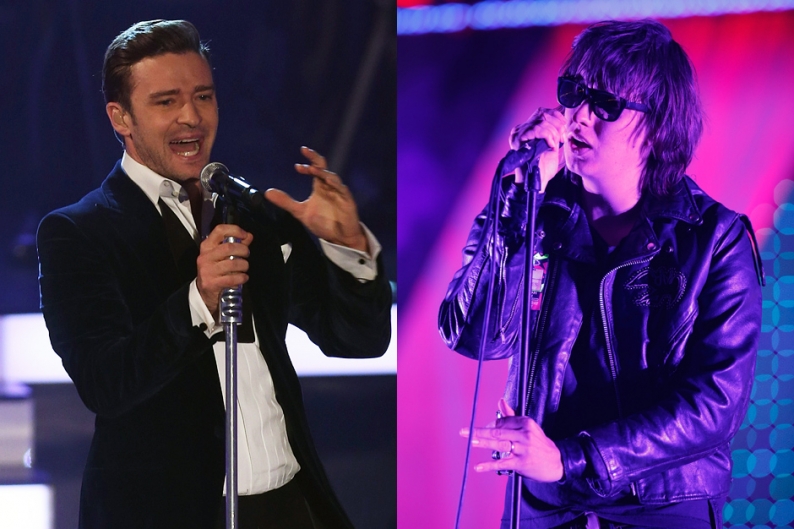 First! After opening at just shy of a million, Justin Timberlake’s The 20/20 Experience handily surpasses the platinum mark by notching an additional 318,000 sales according to Nielsen SoundScan. Sales fell off 67 percent from the debut week, but that’s not uncommon. One Direction’s Take Me Home suffered the exact same ratio in its second week. Taylor Swift’s massively triumphant Red dipped 72 percent. What’s important is that the Tennessee kid is still No. 1, but if you really wanna dig into the numbers, check out our charts charts (not a typo) on the album’s commercial performance: “The 968,000 Experience”

2 to 10: And Lil Wayne is in at No. 2 for I Am Not a Human Being II (217K), which is somewhat unfortunate. See, the headline above has a second part which reads, “… even if we don’t like all of their albums.” As SPIN’s own Brandon Soderberg noted, this set is “just the latest clump of songs to make a case for Wayne’s steady creative decline.” Ho-hum. Country’s Blake Shelton scores No. 3 with the decidedly #unbased Based on a True Story (199K). No. 4 goes to OneRepublic’s Native, which is just … no (60K). Alan Jackson is in at No. 5 for Precious Memories: Volume 2, the “sequel to his 2006 smash Christian collection,” says Billboard. Far more excitingly, Depeche Mode’s stacked platter Delta Machine (more like Bone Machine, amirite?) starts at No. 6 with 52K. At the bottom of the chart, we find the aptly titled Comedown Machine (No. 10, 41K). For perspective on the Strokes’ underperforming new LP, 2011’s Angels moved 89K for week one. (Good thing they’ve got friends in the U.K.) Nos. 7, 8, and 9 are repeats: Pink’s The Truth About Love (49K), Imagine Dragons’ Night Visions (47K), and Bruno Mars’ Unorthodox Jukebox (47K).

Let’s get it over with: Yeah, Macklemore & Ryan Lewis are still on top of the Hot 100 with “Thrift Shop.” What’s worse, this is their second week on the throne after taking it back from temporary usurper Baauer and his “Harlem Shake.” Though interrupted, their reign now has six full weeks under its belt. Worse still, their next single, “Can’t Hold Us” is creeping its way up the charts as you read this.

Easter Resuscitation: All but two albums in the Top 30 posted percentage gains last week (and one of the “losers” was The 20/20 Experience), partly due to holiday promos and gift sales. In fact, 6.52 million records were sold in the seven-day stretch — up 7 percent from the previous week and 6 percent from the comparable week in 2012. And here we thought Easter was about bunnies this entire time.