Dent May Fends Off Ghosts and Loneliness for New Album

His 'Do Things' follow-up is due later this summer 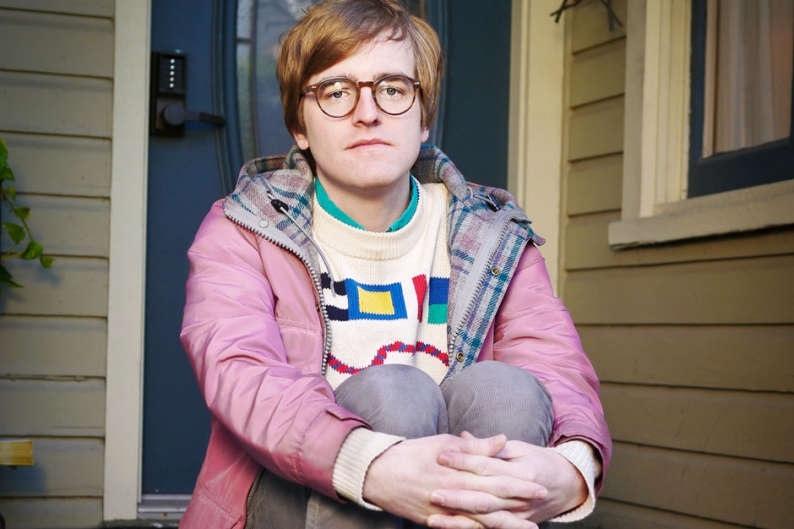 “I spent a lot of time alone in this house and I’m really like a hippie, so I was sensing spirits and stuff,” Dent May says of the several weeks in February and March he spent writing and recording in St. Augustine, Florida. Situated in the northeastern corner of the sunshine state, the city is the oldest, continuously occupied European colony in the United States — or, as May puts it, “the oldest white people city in America” — a place where ghostly presences loom large. But said spirits weren’t the primary influence on May’s new album; solitude was. “I’m always trying to pump people up,” he explains. “This album has a wider range of emotions, but there’s a more melancholy element as I was inevitably lonely in a house all month.”

His 2012 album, Do Things, represented a massive sonic shift toward “disco beats over Beach Boys melodies” after his solo debut The Good Feeling Music of Dent May & His Magnificent Ukulele. “In some ways I regret introducing myself as an artist in that way,” May explains. “I felt a lot of pressure to stick with it, both from fans and also from myself.” But that pressure sparked a bout of creative frustration that he feels muddled the process of making Do Things. While that record took three years to germinate, his forthcoming, untitled third album came together in just one. “I thought I had writer’s block, but in retrospect I was just being lazy.”

For the new one, May decided to leave his post running Cats Purring, a DIY venue in his hometown Oxford, Mississippi, and headed to St. Augustine, where he holed up in a rented house with a piano, a sampler, and a few guitars. May recorded the bulk of it alone, then recruited a couple of St. Augustine natives to add flourishes. Violin and horns allowed for bigger arrangements than ever before.

“My favorite artists are people like Bowie and Talking Heads who can put out great albums every year for like 15 years,” he says of the drive that keeps him going. “And they stayed fresh every time. When I was young, I put a lot of pressure on myself to find material successes off of music. Now I realize it’s just about plugging away, keeping your rent paid and keeping going.” 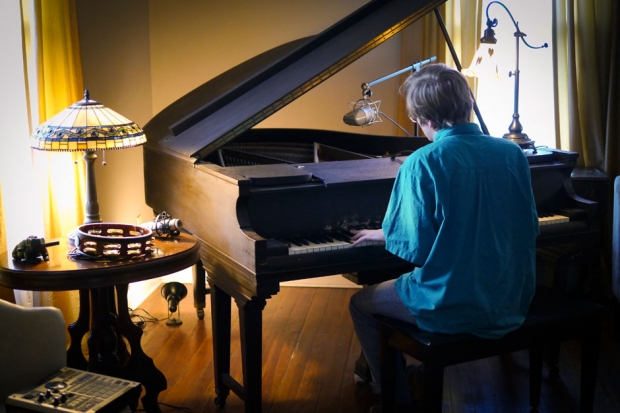 Colin Joyce
Tags: Dent May, In The Studio