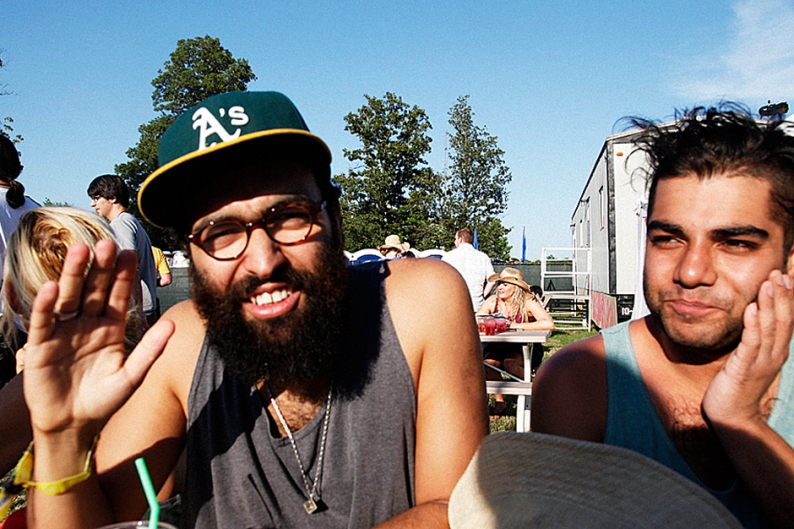 When Das Racist unceremoniously announced their breakup in December, group hypeman Dapwell told SPIN they’d had a follow-up to Relax in the works. “We had a plan to break up around May,” he said. “We had just signed this record deal and we were going to put out one proper album and then go on a farewell tour, release a proper breaking up statement that could have been really funny, maybe a weird, stupid video. Now, all of that has gone to shit.” Well, not all of it.

Canadian production squad A Tribe Called Red (“an all Native American DJ crew from Ottowa”) have shared a previously unreleased Das track apparently meant for that nixed new album. Heems and Kool A.D. take turns spitting over tribal percussion and a patois-ed vocal loop of the song’s title. It’s a fairly raw rap track in line with the mixtape material each has dropped of late.