"A Poem for Dzhokhar'' riffs on iPhones, soft rolls 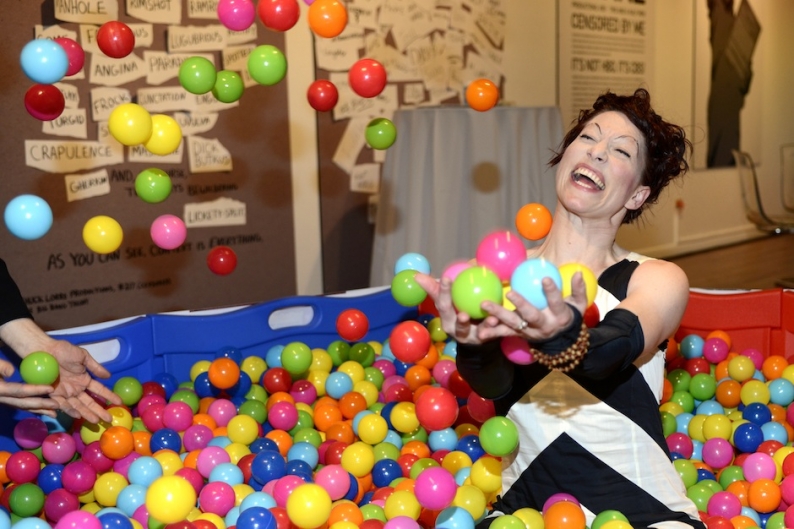 “I hate being ignored,” Amanda Palmer told SPIN last year. The Dresden Dolls singer and current leader of the Grand Theft Orchestra has had little reason to fear going unnoticed lately. She became a lightning rod for debate over crowdsourcing after raising head-turning amounts on Kickstarter and then asking musicians to work for her without pay. She also happily (nakedly) subbed in for a naked Erykah Badu when the Flaming Lips’ video with the R&B guru turned into another media dustup.

With all eyes and prayers focused on Boston, Palmer’s latest piece of artistic expression has also naturally turned toward the site of last week’s bombing tragedy. Titled “A Poem for Dzhokhar,” the work’s references to hospitalized Boston bombing suspect Dzhokhar Tsarnaev don’t stop with the name. She mentions “your dead brother” — a seeming allusion to elder sibling Tamerlan Tsarnaev, who died after a police shootout — and “hiding in the bottom of a boat,” which is where the younger Tsarnaev was captured. Palmer being Palmer, the poem also discusses Vietnamese soft rolls, iPhone batteries, and dissertation file-name typos.

you don’t know how to believe anyone anymore.

you don’t know how to tell the girl in the chair next to you that you’ve been peeking at her dissertation draft and there’s a grammatical typo in the actual file name.

you don’t know how to explain yourself.

you don’t want two percent but it’s all they have.

you don’t know how claustrophobic your house is until you can’t leave it.

you don’t know why you let that guy go without shooting him dead and stuffing him in some bushes between cambridge and watertown.

The poem, posted in full on Palmer’s blog, stirred up so many negative comments that she added a note at the top of the post: “warning: hateful commenters trying to hack the blog by mimicking regular benevloent users’ names. please proceed with caution and respect.”

Some of the comments criticize the poem for emphathizing with the suspect, which isn’t where it goes wrong. Whatever your thoughts on loving one’s enemies, the Central Park Five documentary recently airing on PBS shows what indelible mistakes society can make in a cathartic rush to judgment. The poem’s failing isn’t that it attempts to humanize an alleged mass murderer.

The poem’s failing is that it’s a miserable failure. Its juxtapositions between bourgeois concerns and the inner thoughts of the bombing suspect aren’t revealing or provocative; they’re crass. The poem’s lines are clueless, smug, and patronizing. It’s enough to make us miss “Accidental Racist.”