The initials of the album title, so we leveled some guesses 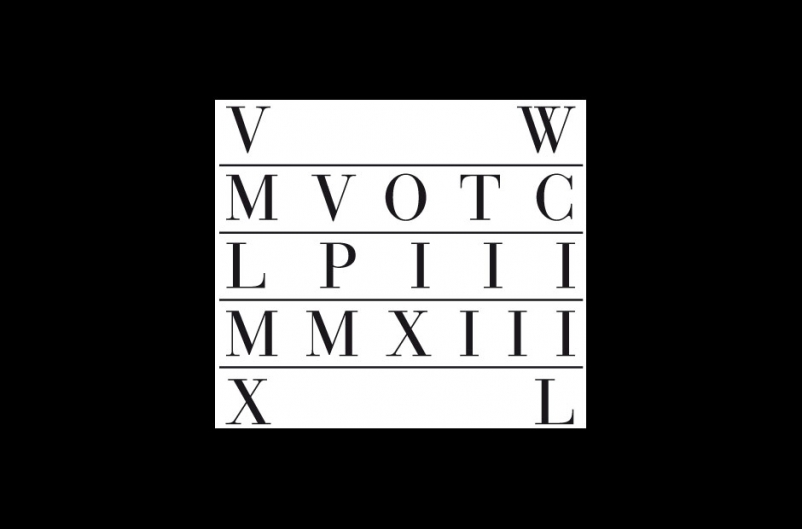 Vampire Weekend’s LP3 looms large on the horizon, even though it still doesn’t have a name.

One of our 50 Albums You Gotta Hear in 2013, the band’s third full-length hits the U.S. on May 7 via XL Recordings, and there’s plenty else we do know about it: It may very well feature a sprawling track unofficially called “Arms,” which VW debuted in Sydney in January. There’s also “Unbelievers,” a jaunty song premiered on Jimmy Kimmel LIVE! last November. And the band exclusively told SPIN’s David Bevan that this record is “from-the-gut” and features a lot of “organic sounds and a lot of performance.” (Read the full in-depth interview here: In the Studio: Vampire Weekend Talk ‘Instinctive’ Spring 2013 Album.)

LPs’s final unknown (what it’s called!) may soon come into focus, too. On Vampire Weekend’s official Tumblr today (February 1), the band posted a mysterious GIF that many consider to be a hint at the new album title.

Yes, it’s Friday afternoon, but the graphic is still fairly easy to parse:

So, without further ado, here are our 10 completely unsubstantiated guesses as to what MVOTC will stand for:

1. My Valentine Ordered Takeout Chinese
2. Martha’s Vineyard on the Cape / on the Coast / or the Cosmos / Over the Controversy
3. Mr. Volleyball Observes the Castaway (<— Wilsooooon!)
4. Mangled Veins, Oh, the Cruelty!
5. More Viagra Over the Counter
6. Marvelous Vision on the Cross
7. My Very Own Talking Cat (<— very likely)
8. Michael Vick Offered the Canines (<— very unlikely)
9. My Voice Off the Chain
10. Man, Vampire Owns the Cyberspace