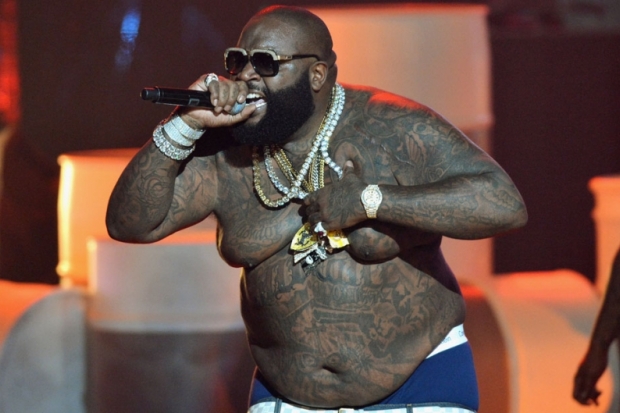 It’s not fun to be Rick Ross right now. The Bawse is currently in New York City, and according to TMZ, he’s receiving 24-hour protection from the NYPD in the wake of specific threats against him. This follows an incident from exactly a month ago, when Ross crashed his Rolls Royce into an apartment complex in South Florida after another vehicle fired shots at him as he drove home from his birthday party at the famed Miami nightclub LIV. According to TMZ, the NYPD have an officer stationed at the entrance of the London Hotel, where Ross is reportedly staying while in NYC. If TMZ’s reporting is accurate, it would seem to dispel 50 Cent’s theory that Ross staged the earlier attempt on his life, as calling in the NYPD wouldn’t exactly boost his bona fides.

But then again, street cred barely matters in rap anymore, and Ross has been one of the biggest benefactors of that trend. His career is marked by a 2008 relevation that he spent time early in his life as a corrections officer, but instead of that making Ross persona non grata in hip-hop, he used it as a launch point to become one of the most powerful rappers in the world. Bringing the NYPD in as protection against gang threats should similarly do little to harm his career, though that will be of little solace if he fears his life is in danger.

This is also quite a turnaround for the NYPD, which has long been hostile to rappers. The police force — which was known for its “Hip-Hop Cops” — is known to have kept a dossier on rappers like Jay-Z, 50 Cent, Diddy, and Nas and admitted in 2004 to having a task force dedicated to rappers.