Freddie Mercury’s Mystery Grave May Have Been Discovered

Location of Queen singer's ashes has been unknown for two decades, but does a freshly found plaque prove much? 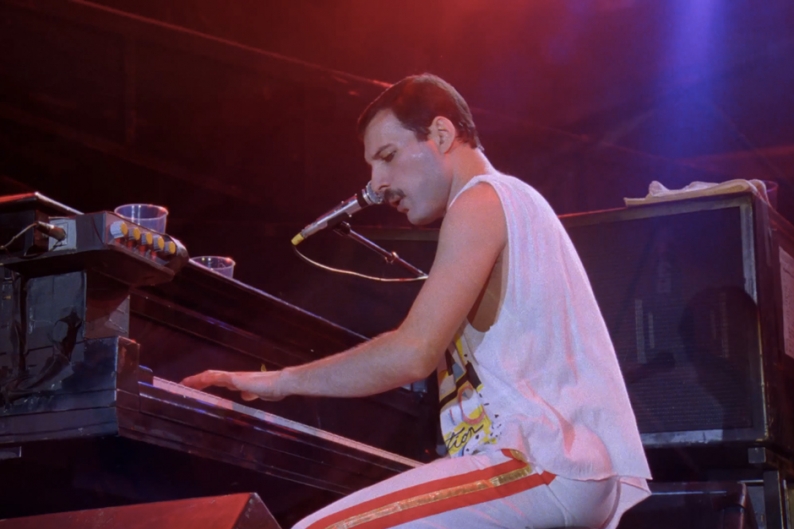 More than 21 years after the legendary Queen singer died, Freddie Mercury’s final resting place may have been discovered. Though it has long been known that his remains were cremated after he passed in November of 1991, the fate of his ashes has long been unknown. But fans have now discovered a plaque in a West London cemetery that clearly memorializes the deeply missed musician.

“In Loving Memory of Farrokh Bulsara, 5 Sept. 1946 – 24 Nov. 1991,” reads the small dedication, “Pour Etre Toujours Pres De Toi Avec Tout Mon Amour – M.” Mercury changed his name from Bulsara shortly after forming Queen in 1971. The French portion translates to “Always To Be Close To You With All My Love,” according to the Mirror, and the “M.” likely signifies Mary Austin, Mercury’s girlfriend.

Austin not only inherited the Queen star’s Kensington mansion, Garden Lodge, but is believed to have received his ashes as well. And though many have speculated over the final resting place of his remains, only she is thought to know the truth. But the discovery of the plaque may suggest an answer. The memorial was found on a pillar with several others in Kensal Green Cemetery.

“Everyone knows Freddie was cremated at Kensal Green Cemetery in 1991,” a fan told the Mirror, “but it has remained a complete mystery as to where his ashes were finally laid to rest. According to some biographies, his ashes weren’t even collected from Kensal Green for well over a year following his cremation. The discovery of this plaque is really exciting and may prove to be a major breakthrough.”

So … nobody ever bothered to poke around at his ashes’ last known location? Like, nobody? It’s also worth noting that since Mercury was indeed cremated at that cemetery, the plaque may signify nothing more than that, and his ashes could still be anywhere really. So far nobody from the man’s estate has commented. It’s possible that Austin’s secret is still her own, but at least fans have a place to visit.