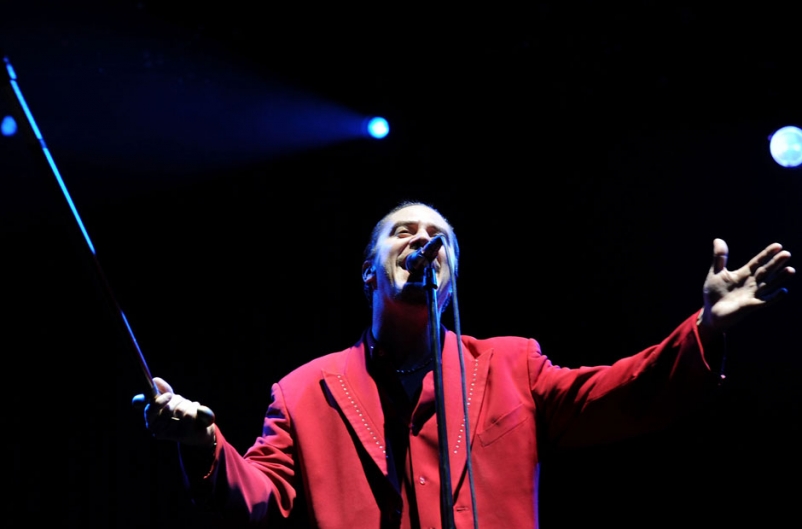 Mike Patton had a strange 2012. Outside of another collaboration with John Zorn and the release of a live album with Ictus Ensemble that was recorded in 2010, the always-prolific Faith No More figurehead didn’t drop any new music via the many, many side projects he fronts. That’ll change in 12 days when Patton’s supergroup Tomahawk — featuring Jesus Lizard’s Duane Denison, Battles’ John Stainer, and Mr. Bungle bassist Trevor Dunn — unveil their fourth album Oddfellows, the band’s first album since 2007’s Anonymous. In October, we got our first taste of Oddfellows with the gnashing “Stone Letter,” and today brings the title track itself, courtesy of BrooklynVegan.

SPIN’s Christopher R. Weingarten heard Oddfellows in full and describes it as the group’s most “diverse” album yet, with “groany, smoky, Morricone-jazz; there’s twisty AmRep-gone-R&B bludgeon; and, most notably, there’s the types of epic, majestic choruses that Patton diehards might remember from the final Faith No More LP, Album of the Year.” “Oddfellows” falls into that latter category, with Patton growling over swirling, hypnotic guitars amidst a sludgy groove. Oddfellows arrives on January 29th on Patton’s own Ipecac Recordings. Tomahawk also announced a brief West Coast tour next month in support of Oddfellows.