From the L.A. band's forthcoming 'The Late Great Whatever' 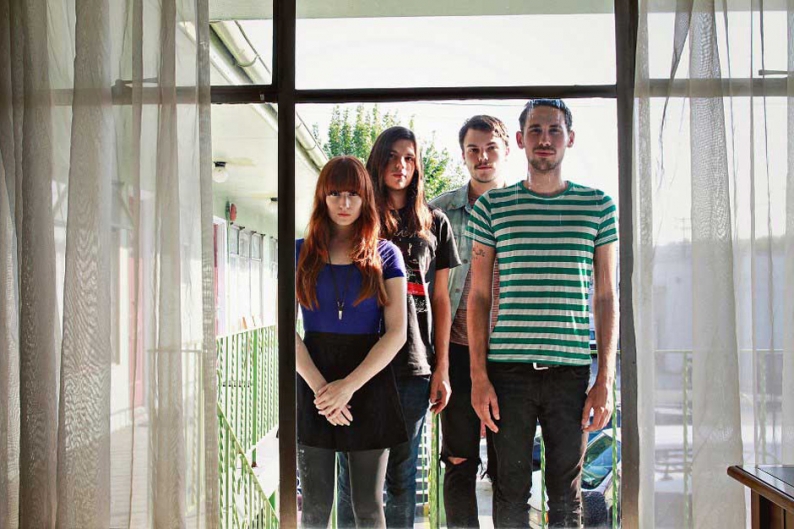 If Pixies were Los Angeles surf punks instead of Boston smartypantses, they might’ve sounded a lot like the Lovely Bad Things. The boy-girl vocal exchange that powers this rambunctious quartet’s infectious songs is positively Frank and Kim, but the playful humor and slackerly vibes are their own, making the band’s music an enticing addition to the conversation. While their last release, 2011’s New Ghost/Old Waves came out on beloved So Cal tape label Burger Records, they’ve upgraded to Volcom’s imprint for their forthcoming full-length, The Late Great Whatever, which promises “not one but two Star Wars references on the tracklist [sic], Bigfoot on the cover, a shout-out to Macho Man Randy Savage and a relentless collection of the strongest songs Lovely Bad Things have ever done.”

Considering the buff nature of SPIN premiere “Fried Eyes,” we’re actually inclined to believe that last part. Stay tuned for more from these guys, while L.A. locals will get a handful of chances to catch them during their February Tuesday-night residency at The Echo.