Listen to Lusine’s Effortless Electro-Pop Beauty ‘Without a Plan’ 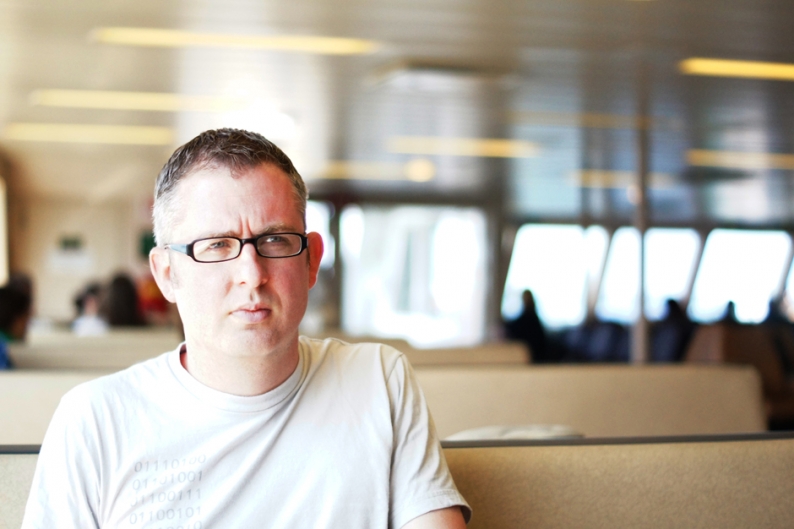 “Without a Plan” is the second single from Lusine’s upcoming album, The Waiting Room, and it’s tempting to think that the song’s title might just be autobiographical. While the Seattle musician’s career has hardly been rudderless, neither has it ever seemed particularly calculated. Instead, across eight studio albums and a slew of EPs, Lusine (Jeff McIlwain) has allowed his sound to develop with an almost naturalistic ease. As the intricately detailed glitch techno of his early years has morphed into the lush, richly textured sound of 2009’s A Certain Distance and this year’s follow-up, he has revealed a canny pop sensibility that lurked just beneath the surface all along. The Waiting Room proves him one of electronic music’s most confident melody makers, right up there with Apparat, Bibio, and Lusine’s label-mate Gold Panda.

Much like 2009’s fetching “Two Dots,” “Without a Plan” seems to assemble itself from a cloud of digital pixie dust. Clarinet samples trace pointillistic lines over a porous bed of synthesizer and percussive static, and there’s a hint of Stereolab in both the tambourine-led rhythm and the coolly drifting vocals, sung by Janelle Kienow. The song’s very effortlessness is proof of Lusine’s masterful craftsmanship.