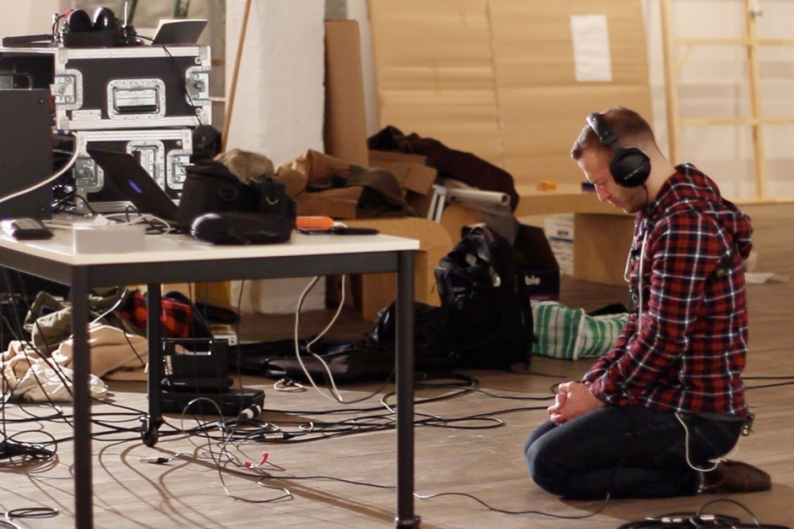 Colin Stetson’s maximalist, lung-wrenching meditations on bass saxophone often incorporate imagery of powerful animals. And at recent live shows, he has taken to sharing a story about a real life creature: “There’s this whale that lives in the Atlantic,” Stetson says. “Its song is off by a few hertz, which renders it unintelligible by all other whales, but it sings this song, continually for over a decade now, and no one will answer.” And as Stetson put the finishing touches on the third and final volume of his New History Warfare trilogy, due this spring on Constellation, “that sort of isolation” loomed large. “I was trying to get to a point where, on the third one, I would just strip everything down to that sentiment — how do I musically get to a place where I’m [communicating] this idea of utter aloneness?”

But as an in-demand touring and session musician, Stetson, a member of the Bon Iver collective, was never cut off. “Over the time that I spent on the road with Bon Iver and solo touring, I was writing,” he says. “I would play those songs out on the road and they would just grow and gradually solidify into what they are now.” Where isolation was the predominant theme on 2011’s New History Warfare, Vol. 2: Judges, Stetson tries to move beyond loneliness and achieve some closure on Vol. 3. “The storyline and the world that I’m trying to inhabit and create with this third one is much bigger,” he says. “Vol. 2 is very urgent and there’s a lot of intimacy about how everything is. This one retains that and, at times, gets even closer. But it also opens up.” 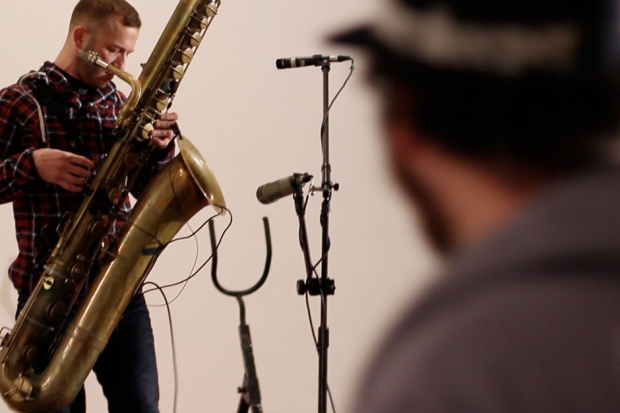 Throughout the trilogy, Stetson has been “building momentum compositionally,” and Vol. 3 is his most fully realized, technically challenging work. Although “based in traditional American song,” these new pieces are extended in form, clocking in around ten minutes on average. Stetson practices “circular breathing” to achieve his otherworldly sounds, and just to be physically capable of moving enough air, he maintains a rigorous mind/body fitness regimen that includes yoga, morning breathing exercises, and meditation. Logging studio hours for Vol. 3 required heightened stamina, he adds, “I’m not only practicing a lot more; the running becomes more intense as well. It’s like training.”

Stetson tracked the album in Montreal, where he says he sought out “bigger, more reverberant rooms.” “There’s a lot more space on number three,” he explains, “which is something I really wanted thematically and conceptually.” He implemented an especially “invasive” array of mics, which were positioned in, on, and around his sax, with another collared onto his throat. This allowed for “serialistic representation,” exaggeration of localized sounds like the percussive clacking of his saxophone’s keys. Additional microphones hung in studio rafters to capture the big-room acoustics. 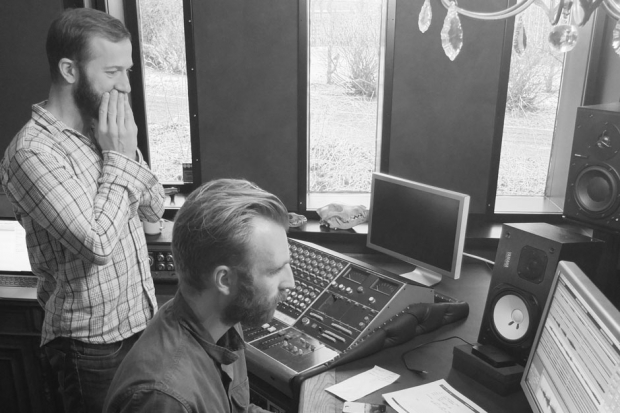 Stetson tasked ambient composer Ben Frost to produce these unconventional sessions. For each song, the Reykjavik-based, Aussie ex-pat shaped between 15 and 20 tracks of the same saxophone into an articulate mix. “He’s got a really strong personal aesthetic,” says Stetson, a quality the two share. “I really like working with people who impress their will upon me, because then I’m going to be dealing with things that I might not necessarily have seen in myself.” Similar to Laurie Anderson’s spoken word framing on Judges., Vol. 3 will feature a guest “vocal presence” to loosely narrate and “punctuate” Stetson’s textured soundscapes: Bon Iver’s Justin Vernon, who appears on four of the album’s 11 songs, its only guest. “All I ever wanted,” Stetson says, “was to try to find a way to represent this music in a way that wasn’t just trying to recreate the live experience. The recorded medium is its own entity.”