"I wanted the album to sound like it came from a different place in time, perhaps ... the past of the future." 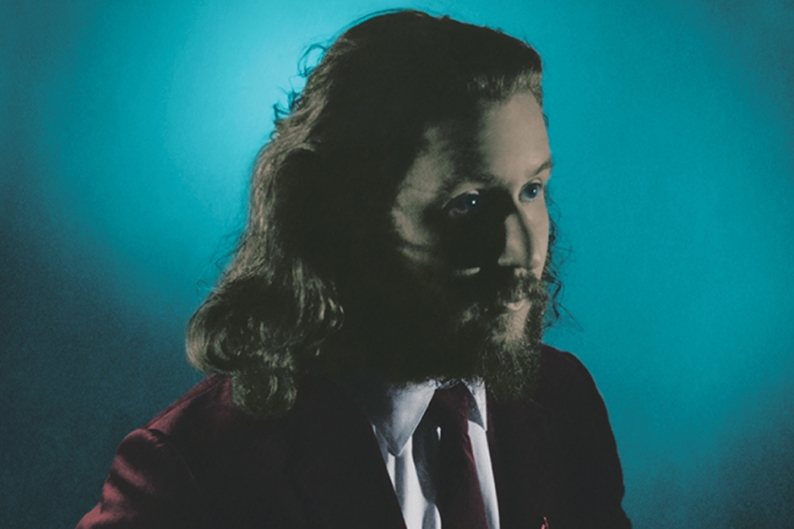 Two bits of good news: A) My Morning Jacket frontman Jim James will be releasing his debut solo album titled Regions of Light and Sound of God on February 5 via ATO. B) You won’t have to call him Yim Yames when he does. Actually, there’s a third bit, and that’s that the first taste of the new long-player, a beautifully bizarre sampledelic disco dream called “Know Til Now,” sounds really good.

James included a statement with the announcement: “I wanted the album to sound like it came from a different place in time,” he said. “Perhaps sounding as if it were the past of the future, if that makes any sense—like a hazy dream that a fully-realized android or humanoid capable of thought might have when it reminisces about the good old days of just being a simple robot.” That actually seems about right.

“Know Til Now” rides forth on a fractured funk loop, James’ voice reverbed and pretty, sounding not unlike Wayne Coyne’s cosmic croon as drums crack and synthesizers hum. It’s alternately floaty and percussive, live and canned, and it goes out on a snaking sax solo. There’s not a hint of Americana here. Or elsewhere, it seems, as the press release cites “touchstones from old-school R&B or island folk or hip-hop.”

Regions of Light and Sound of God will include nine tracks (listed below) and was inspired by a 1929 graphic novel, made entirely from woodcuts, called Gods’ Man by minister/engraver Lynd Ward. It reportedly documents the story of an artist’s struggle with temptation and corruption amidst discovering true love. James intended to create music, playing every instrument himself, to accompany the book.

Download “Know Til Now” by entering your email address here: