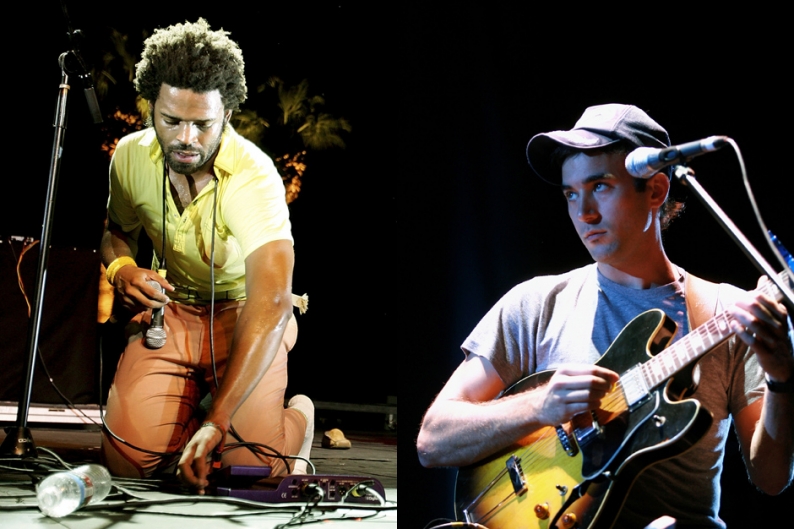 Early in the week, SPIN alerted you to the impending sing-along road show extravaganza that baroque-pop strangeoid and seasonal holiday sprite Sufjan Stevens is planning in support of his pending Silver and Gold: Songs for Christmas, Volumes 6-10 box set, due out November 13. This morning he shared a goofy track about Jesus called “Ding-a-ling-a-ring-a-ling,” which we skipped due to its meatless, demo vibes. But then something happened. Stevens’ recent collborator Son Lux turned the thing into a bouncy, electro-damaged thumper and Project Blowed rap scion Busdriver went ham on that ding-a-ling. In the new version, the Los Angeles MC offers his lap as a sub for Santa’s, disses the commercialization of Christmas, and serves up some hate to Mel Gibson. Dig those Mooninites-style overdubs!