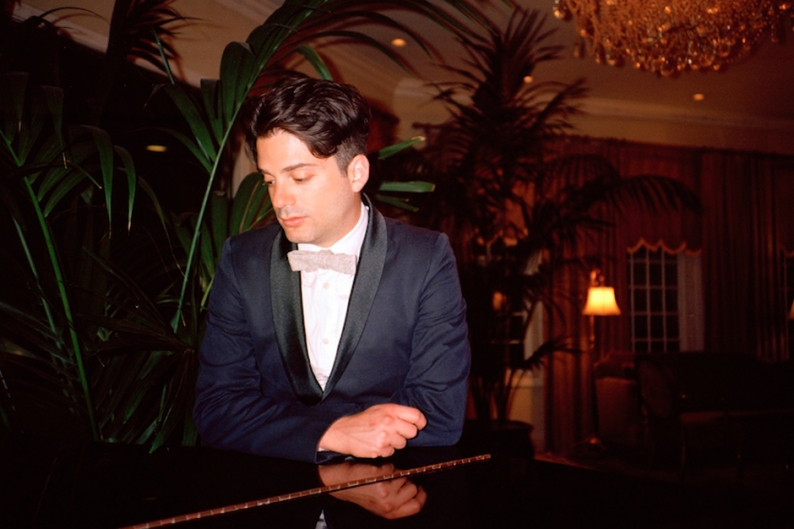 Los Angeles man of leisure Guy Fantastico may be a newcomer but he’s got a tried and true sound, plus a legit collaborator lending a hand on his second LP, Dreamboat, which will be available to download for free via his Bandcamp tomorrow. Walking an upbeat line between the playful experiments of Ariel Pink and baritone brain-teasers of Magnetic Fields, his song “Hang On Tightly, Let Go Lightly” is an apt introduction, showcasing both Guy’s psych-pop prowess and the unerring touch of album contributor and mixer Helado Negro, an Asthmatic Kitty regular.

“This song is basically just me singing about sex in as poetic a manner I could muster,” says Fantastico. “Without being crass, I wanted to immortalize that memory in a song. And perhaps not as interesting, I stole the lyrics for the chorus from the movie Croupier. Clive Owen’s character repeats a mantra throughout the movie: ‘Hang on tightly, let go lightly,’ which, if I remember correctly, was a bit all-encompassing and related to everything, not just the gambling. For some reason, it was stuck in my head when I was writing the song, so I repurposed it.”