Get a second taste of the band's November LP, 'Koi No Yokan' 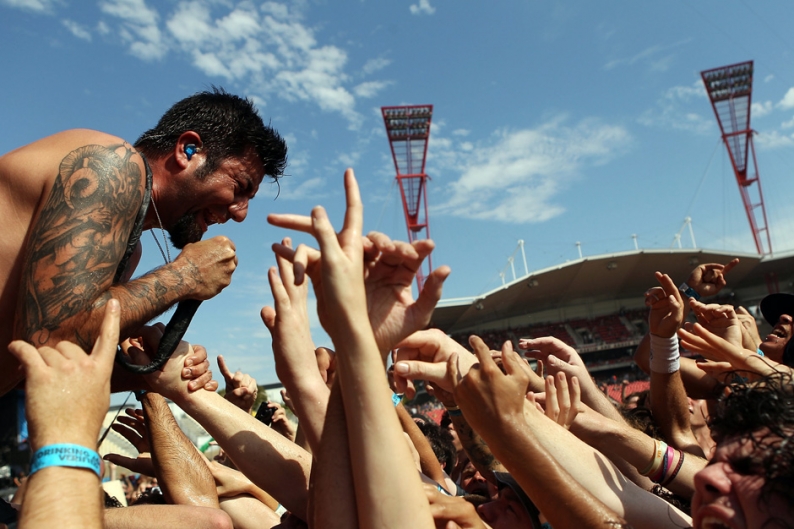 The drop date for the Deftones’ hotly anticipated Koi No Yokan is fast approaching (November 13), but two new songs in as many weeks is still a surprise. Today PureVolume debuted the Sacramento alt-metalers’ “Tempest,” an alternately brooding and furious grinder that takes its lyrical cues from doomsday theory. In an interview for the site, singer Chino Moreno explains that the coming apocalypse almost became the guiding concept for the entire LP.

“Koi No Yokan” is, of course, an old Native American expression about the predicted evaporation of the Seven Seas, which translates roughly to, “Fish don’t choke.” We made that last part up. (The Internet says the Japanese phrase can’t be translated to English, but means something short of “love at first sight.”) “Tempest” begins pensive with shimmering guitar tones and Moreno’s voice slinking forward, heading toward an explosively chugging wasteland riff. The song continues to evolve and pick up intensity as it goes. Take “Tempest” for a spin below, and check out the previously leaked “Leathers” after that.