The U.K. producer dubs the late singer "Whiney Shitehouse" in an interview. 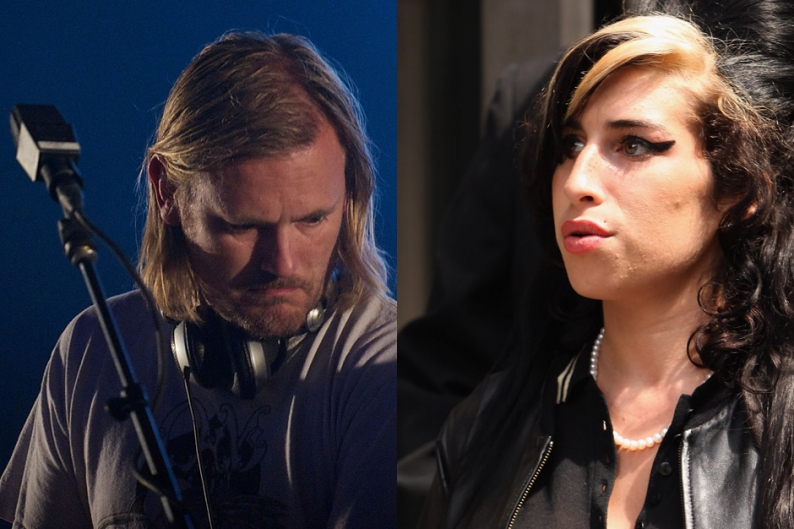 Portishead’s Geoff Barrow faces sour times after he referred to the late Amy Winehouse as “Whiney Shitehouse” in an interview with ElectronicBeats.net. On the topic of female vocalists, the U.K.-based producer and multi-instrumentalist, who just put out his second album with experimental trio BEAK>, said to the site:

“I think Whiney Shitehouse — Amy Winehouse — by the end of it, had become just a comic character of herself and how she sang. I saw her with an electric guitar in a little pub in Bristol and people were going ‘that’s amazing’but it wasn’t all that. Then she had the big drug problem and all the tabloids got involved and she would start being Minnie Ripperton or whatever it was. It seemed fake, but because there was a massive drug problem you couldn’t say it was fake, but her actual voice was fake. She had a real life with a fake voice.”

The remarks were ill-timed. Winehouse’s ashes had been scattered at her pink and black headstone in London two days prior. Angry fans launched attacks at Barrow on Twitter soon after the interview hit the web. He backpedaled in response: “I’m sure she was a lovely caring talented person – I didn’t know her.Very sad that she passed away – but i never dug her vibe.”

The occasional drummer’s self-filtering software has failed him before. In 2007 as Portishead put the finishing touches on their much-ballyhooed Third album, Barrow accused Winehouse’s producer Mark Ronson of ruining music via his MySpace blog. He wrote at the time, “I think it takes amazing talent to turn decent songs into shit funky supermarket muzak,” Digital Spy reports.

Last month, Barrow told SPIN’s Christopher R. Weingarten that doing an overdub on BEAK>’s latest record was “like if you have a poo and then you keep on having to wipe your ass, flushing the toilet for days on end, you know what I mean?” So maybe he’s just a scatological thinker?