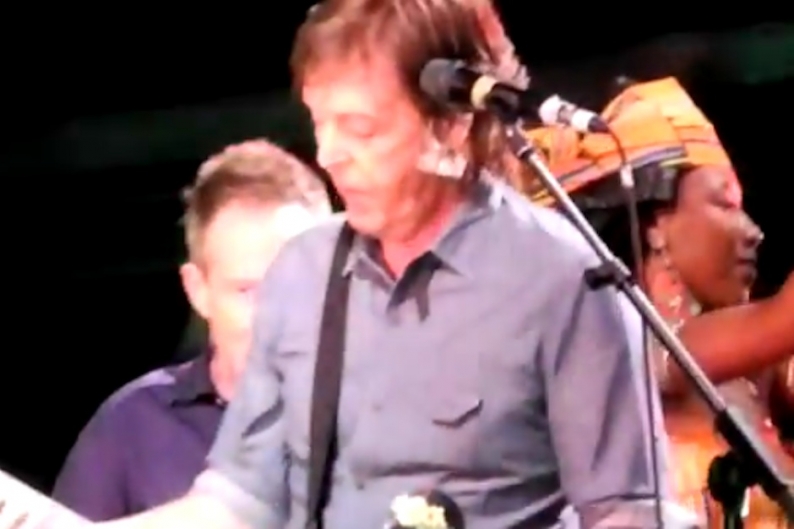 Damon Albarn’s Africa Express is truly a remarkable thing. The Blur singer and Gorillaz main brain has been touring the U.K. in a commandeered train that’s become the temporary home for over 80 musicians hailing from both Africa and the West.

The group played 1979’s “Coming Up” and “Goodnight Tonight,” and the former Beatle also contributed to a Traoré original, “Dounia.” Only hours before, McCartney had been awarded the French Legion of Honor for his contributions to music. So much for taking a little respite atop those laurels.

“Coming Up” (bad sound — let us know if you find better)