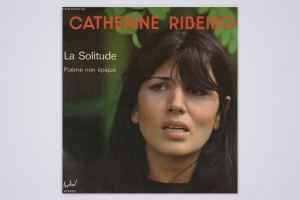 L’avant-garde chanteuse par excellence, Catherine Ribeiro emerged from France’s folk and experimental scenes in the 1960s. Her flare for the dramatic set her apart from Serge Gainsbourg’s femme fatales, something she confirmed in the ’70s when she collaborated with the prog ensemble Alpes, a band who made the sort of kaleidoscopic prog wankery that would make Pink Floyd’s Meddle sound like Phil Collins. It all made for the sort of freaky folk foliage that built Animal Collective’s “Leaf House” in 2004.