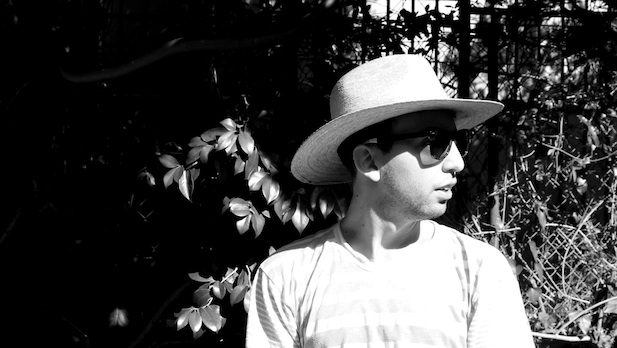 Cross-dressing aliases seem to be all the rage. Consider DJ Donna Summer (Jason Forrest), Sarah Goldfarb (Jean-Vincent Luccini), Karenn (Blawan and Pariah), Andrea (Andy Stott) and Millie (Miles Whittaker) and their Daphne label — not to be confused with Caribou’s own femalias, Daphni. Enter Suzanne Kraft, who also adds a little continent-hopping into the mix. Despite the (assumed) Krauty surname, Kraft is the moniker of Los Angeles’ Diego Herrera, a Dublab-affiliated slow-motion disco adept who made his debut last year on Gerd Janson’s Running Back label. For what it’s worth, his passport is definitely in order: Earlier this summer he took part in a performance of Manuel Göttsching’s “E2 E4″ as part of an evening of German cosmic music, complete with the Goethe Institut’s imprimatur.

A follow-up EP for the Friends of Friends sister-label Young Adults, out next month, finds Kraft digging even deeper into his bag of tricks to produce five new tracks of dreamy deep house that knows no borders. Retro-tinged and poolside-appropriate, the Horoscope EP is certainly Zeitgeisty, but it stands out for Herrera’s strong sense of melody, effortless grooves, and unbelievably lush beds of synthesizer. Future Times’ Max D unleashes psilocybin-laced desert visions on his remix of “Feel,” and the Los Angeles musician Secret Circuit, a.k.a. Eddie Ruscha — yes, Ed Ruscha’s son — takes a page from Steve Reich’s book on his “No Worries” remix, brandishing marimba counterpoints as the ultimate yacht-house accessory.

Horoscope comes out on vinyl on Sesptember 4, and the digital release follows on September 25; stream the title track in its entirety below.