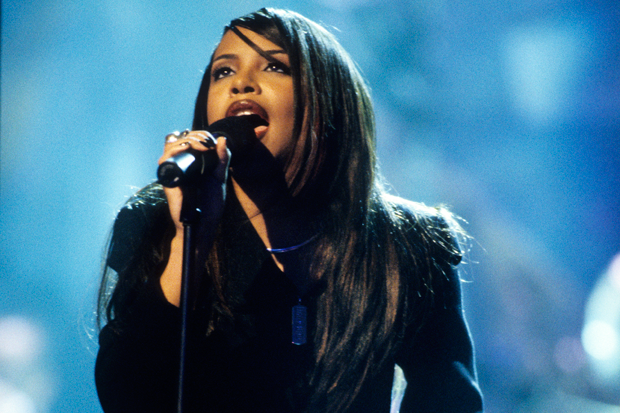 Leave it to one of Aaliyah’s biggest fans to handle a new song from the late R&B artist tastefully. Drake, who has a tattoo of the “Are You That Somebody?” singer on his back and sampled her for his 2010 Thank Me Later track “Unforgettable,” joins Aaliyah on “Enough Said,” which Drake posted ahead of his hometown OVO Fest in Toronto on Sunday. Drake has praised the way Aaliyah, who died in 2001 at the age of 22, “conveyed these amazing emotions but never got too sappy,” and that’s a fair description of “Enough Said,” too.

Produced by Drake’s usual collaborator Noah “40” Shebib, the track is smoky, after-hours R&B, with spare yet evocative electronic backing recalling the xx or last year’s Take Care. Aaliyah’s rich, understated vocal sounds better than predictable cast-off fare, with a memorable “yeah yeah yeah” hook as she implores a lover to open up. Despite understandable concerns from Aaliyah’s usual collaborator Timbaland, Drake mostly manages to stay out the way on this one, confidently embodying the character of Aaliyah’s repressed boyfriend without stifling the track with too much reverence. He interjects occasionally — “Yo, what’s up” — and then delivers a single verse.

There’s something jarring about the way Drake pronounces the word “kidding” (over-enunciated, maybe?), and “Enough Said” isn’t going to replace “One in a Million or “4 Page Letter” in any Aaliyah fan’s heart. But it’s a welcome return from a late great, overseen with obvious — and, considering Drake’s latest tribute tattoo, sorta weird — devotion. Maybe Drizzy wouldn’t be a bad choice for his rumored production of a new Aaliyah album, after all. Enough said?