Firefighters released two passengers who were trapped on board 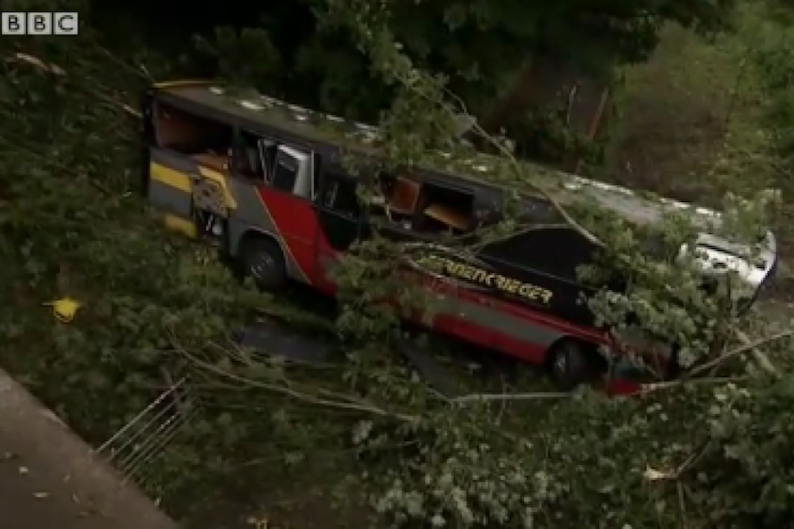 The members of alt-metallers Baroness were involved in a serious accident today when their bus fell 30 feet off a viaduct near Bath in the U.K., landing on its side, at about 11:30 am British Standard Time, the BBC reports. The band — whose latest release, Yellow & Green is a SPIN Essential we dubbed the “metal album of the year” — was headed from a show in Bristol to Southampton, where they were to play tonight. Firefighters released two passengers who were trapped on board — one was the driver, according to ITV, but it’s not clear whether the other was a band members or crew — who were immediately treated by first responders and brought to a hospital in Bristol. The other seven passengers, who were able to escape on their own, are also receiving medical attention at a hospital in Bath.

The BBC also reported there was heavy rain in the area and low visibility, preventing any sort of air ambulance from landing. “Police are investigating the circumstances of the accident,” Inspector Nick Hunt of the Avon and Somerset Police said. “At this stage, it is too early to tell what the cause was.”

Baroness’s tour promoter was quoted as saying, “Our thoughts are with the band at this time and we wish them and their crew a speedy recovery.” According to a statement from the band, all remaining European tour dates have been canceled.