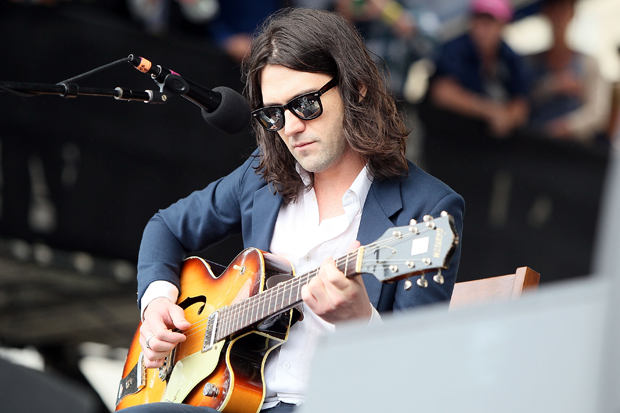 Over the weekend, Conor Oberst took the stage at Newport Folk Festival, joining — and in turn being joined by — My Morning Jacket’s Jim James during each band’s respective set. The Bright Eyes frontman, who also played alongside James as one-third of Monsters of Folk, has a touring schedule that’s a mix of solo dates and gigs with his long-dormant rock group Desaparecidos. As TwentyFourBit points out, Oberst played a pair of new songs during a recent solo stop in Fairfield, Connecticut, and you can watch a decent fan video of the performance below. Listed on the set list as “You Are Your Moms” and “Kick,” according to the YouTube post, both songs are slow and serious acoustic ballads, at least in these incarnations. In particular, the one labeled as “Kick” focuses on a lost Camelot. It’s unclear whether this signals a return to a more stripped-back approach after the awkward conceptual interludes of Bright Eyes’ The People’s Key, but both songs find Oberst’s eye for telling details as sharp — and unsparing — as ever.