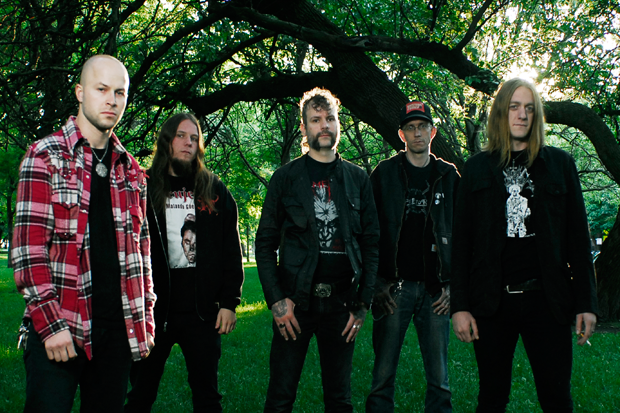 Nachtmystium, one of American black metal’s most polarizing and adventurous bands, has returned with their sixth album, the relentless Silencing Machine. After a pair of controversial albums toying around with pan-genre “meddle” experiments (blending their blood-spattered blur with psych-rock, sax solos, synth-pop, post-rock, and even a pair of disco songs), they’re back with some no-bullshit, no-frills, no-mercy black metal of the grimmest caliber.

With frontman Blake Judd’s sandpaper roar in full effect, Silencing Machine is a perfect blizzard of blasts: occasionally churning into head-knocking bleak-rocking, occasionally peaking out the speakers until everything blurs into a dizzy aggro-trance. There’s at least one thrash-ravaged guitar solo (“And I Control You…”), one Motörhead-in-Antarctica gush (“Reduced to Ashes”), and one piece of savage distorto-grunge (“Borrowed Hope and Broken Dreams”).

Devour the whole thing in one nauseating gulp below!