She says her major-label debut album will come out again, with bonus tracks, in November 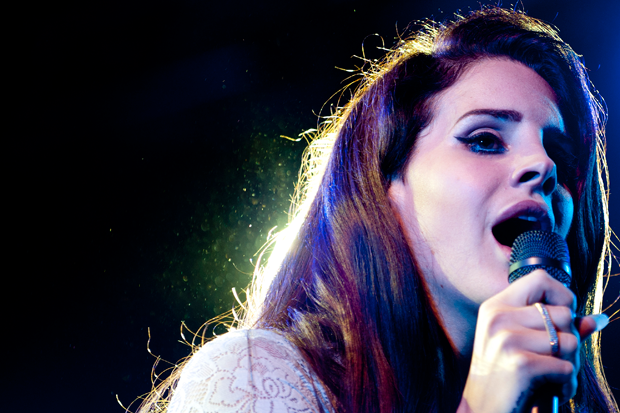 Lana Del Rey’s Born to Die is about to get a second life. The YouTube-savvy singer and songwriter’s cinematic major-label debut album will be reissued as a “Paradise” edition in November, with about a half-dozen previously unreleased tracks, she told Australian interviewer Tim Blackwell of Nova FM (via Playground and Fact) between concerts in Melbourne.

“It’s gonna happen. It’s not a new album,” Del Rey said, asked about rumors she’d be releasing a new full-length this fall. “It’s more like an afterthought. It’s the Paradise edition of Born to Die, and yeah, it’s like seven new songs that kind of put a period on the statement I was making when I made the record.”

Del Rey said she’s been working on new songs “really slowly” over the past seven months, and the interviewer noted she had performed fresh material live the night before. She also said, without offering further details, that she has been doing “quiet work on movies.” It should be pointed out that Del Rey came across as particularly friendly and personable in the chatty, slightly effusive interview, which you can hear in full here. Asked to give a 30-second synopsis of her background, she began: “I’m in kind of a funny place. I mean, I’m a person who always wanted to become a really beautiful poet. I think a lot has gone in an unexpected way for me in the past 12 months, but my interests are the same.”

“Video Games,” the viral hit that started it all, recently received a lovely, country-tinged cover version by Boy George. The newly minted H&M model also released the melancholy new video for Born to Die’s “Summertime Sadness” earlier this month. Below, watch her perform still-unreleased song “Body Electric” this week in Melbourne. And follically challenged people of the world, take heart: Del Rey acknowledged it takes “a long time” to make her hair look that way. “It’s not a time-saving look,” she told the interviewer, with a laugh.