A fresh track from the group's new self-released, tour-only 7" single 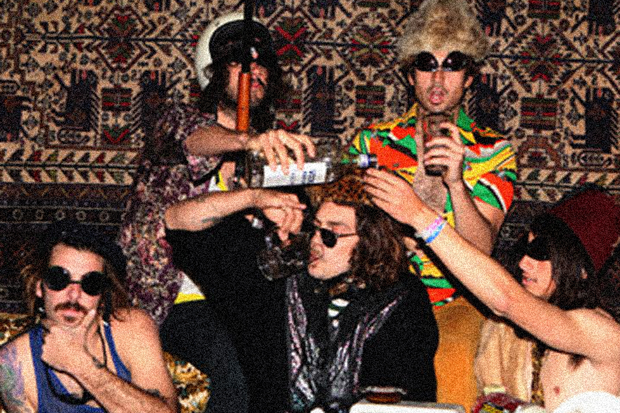 The famously surf-friendly beaches of Costa Mesa are a long way from Wall Street, but the five wastetoids in SoCal surf-psych band the Growlers are gonna occupy it nonetheless. On “Uncle Sam’s a Dick,” a SPIN exclusive and A-side to 7″ single they’ve self-released for tour, singer Brooks Nielsen sounds beamed in from the shrapnelled sands of ’60s Vietnam, protesting against the Man in an opioid drawl: “I don’t need another mom and dad, Uncle Sam’s a dick / I’m up to my neck in debt, I can’t afford this shit.” The group’s yet untitled October LP is to be produced by the Black Keys’ Dan Auerbach.