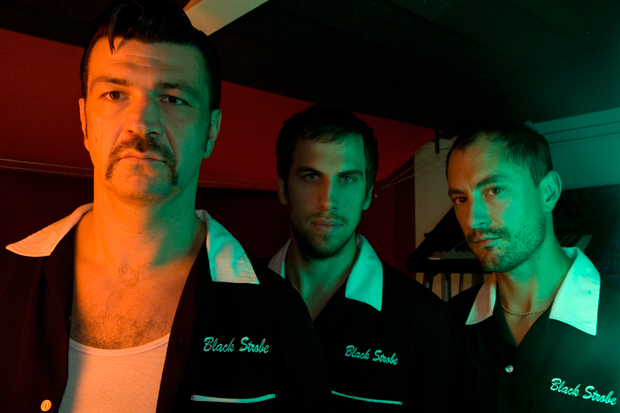 After five years of virtual silence — punctuated only by 2009’s “Back from Beyond,” after which the band promptly disappeared back to the beyond — Arnaud Rebotini’s Black Strobe returned earlier this year to put a fresh spin on its 2004 single “Italian Fireflies,” commissioning new remixes from Munk, Richy Ahmed and others. Now, Rebotini and his band are back with the new single “Boogie in Zero Gravity,” a teaser for an album planned for 2013.

What has changed is right there in the title: a far cry from the chilly electro throb for which Black Strobe was once known, “Boogie in Zero Gravity” is a steamy, sweaty basement jam streaked with rivulets of disco-funk. Remixes from nu-disco veteran Hot Toddy, Sweden’s Drop Out Orchestra and New York’s Populette, of the Throne of Blood label, pull the track in directions both grittier and groovier, while “White Gospel Blues” finds Black Strobe heating up the guitar amps with a taut, heads-down funk number. Rounding out the EP are remixes of the latter by Jeremy Glenn and Elijah Collins.

To mark the release, Rebotini’s Black Strobe label is giving away a bonus remix of “White Gospel Blues” by Museum, a recent signing with a sound inspired by EBM, 1990s techno and early Black Strobe. Sullen, brutish and unsettling, it’s the perfect counterbalance to the band’s sleek new sound.