See A Place to Bury Strangers’ Bloody, NSFW ‘You Are the One’ Video

New York guitar-squall masters keep it brutal in grindhouse-themed clip from 'Worship,' crashing down on June 26 via Dead Oceans 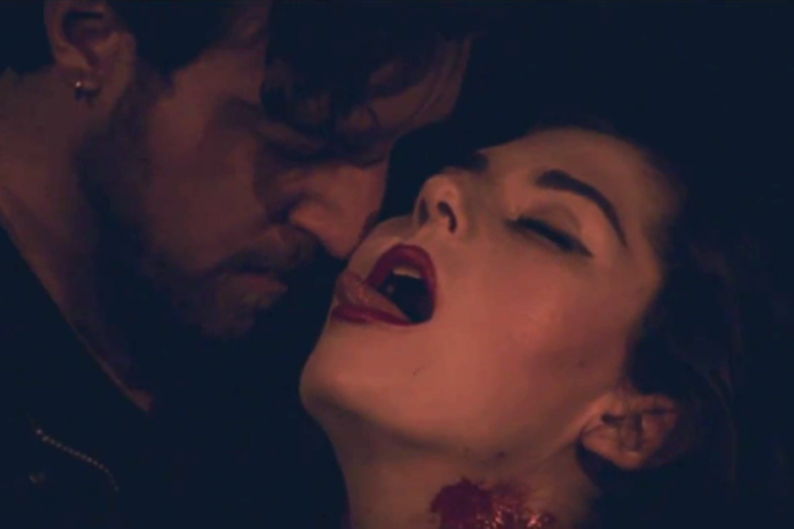 When A Place to Bury Strangers call a song “You Are the One,” don’t take it as a term of endearment. The New York noise-rockers broke out nearly five years ago with a limited-run self-titled debut that merged Creation shoegaze churn and Wax Trax! industrial pummel on gloomy teeth-gnashers like “To Fix the Gash in Your Head.” As the advance track from the group’s upcoming third album, Worship (due out June 26 on Dead Oceans, pre-order here), “You Are the One” is a similarly spiky, textured assault; it puts an unremitting krautrock pulse beneath frontman Oliver Ackermann’s affectless vocals and myriad dive-bombing sonic effects. The video, premiering at SPIN, is no less raw and brutal, with an approach that’s half Grindhouse, half Drive, and 100 percent NSFW. Unless your work is cool with bloody nudity and violence, in which case Strangers salute you. “We really loved the song. Immediately we felt an atmospheric and even cinematic mood,” directing duo Matt Moroz and Tracy Maurice tell SPIN. “The video evoked something extremely dark, weird and disturbing.”