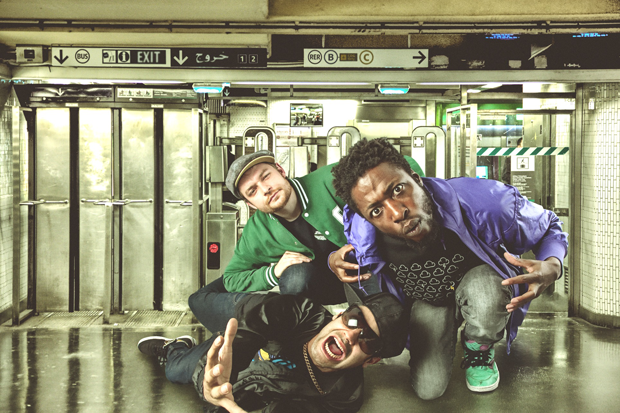 Since 2009, London’s Never Say Die label has built its Technicolor terrorcore empire one laser-cut breakbeat at a time, assembling a roster of grime, dubstep and drum-and-bass miscreants like Foreign Beggars, Dodge & Fuski, and Zomboy. Now they celebrate their reign with the label’s first compilation, a double-disc extravaganza featuring exclusive cuts from Dodge & Fuski, Zomboy, Skeptiks, SKisM feat. Virus Syndicate along with remixes from Flux Pavilion and Datsik and a 35-track mix from SKisM.

But there’s a limit to how much bass anyone can squeeze into two discs, so the label is giving away an unreleased “VIP” mix of Foreign Beggars feating Skrillex’s “Still Getting It.” The original, released a year ago on The Harder They Fall, set the Beggars’ grime against Skrillex’s purple wow-and-flutter sound; the VIP tones down the carnival colors and turns the crew’s refrain of “Still gettin’ it” into a malevolent mantra for aggressive self-actualizers.