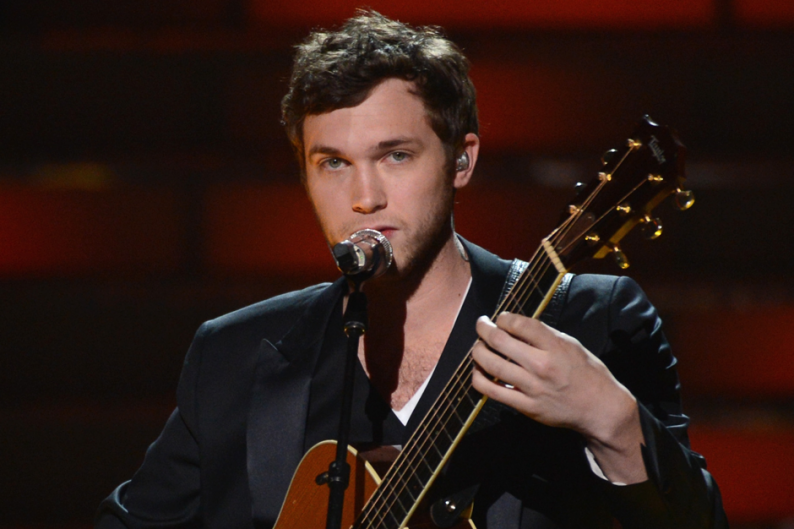 Every generation gets the Dave Matthews it deserves, and last night the latest version won American Idol’s 11th season. Phillip Phillips, a handsome 21-year-old singer from Georgia, defeated 16-year-old balladeer Jessica Sanchez, picking up the majority of the record-breaking 130 million votes cast Tuesday night. None of this information should be surprising in the least, however the show’s finale did feature one detour from the norm: Phillips’ coronation song, “Home,” which is credited with giving him the edge in the final showdown, is shockingly good — especially for an Idol coronation song, which have a tendency to be horrifyingly embarrassing. So why on earth is Phillips attempting to distance himself from the track, which could have conceivably appeared on any of Coldplay’s most recent albums?

“I don’t write songs like that,” he said, according to the Hollywood Reporter. “The song that I did tonight that supposedly is my single, it’s not really my single, I told them it’s not my single… it’s a very good song and I’m glad people enjoyed it, but I’m itching to do my own stuff.” So what’s this own stuff sound like? “Some acoustic stuff” with a “jazz and rock alternative sound; not really rock-rock — pretty different.”

Good luck there, buddy! Now about the cozy “Home,” which Phillips performed with a drumline and his ever-present acoustic guitar. THR tells us the track was co-written by Drew Pearson, who’s done a significant amount of writing for Idol before. It was penned with U.K. singer Greg Holden (who was its intended recipient), but submitted to Interscope honcho/Idol guru Jimmy Iovine, who fell in love with it. Judge Randy Jackson said he felt it had a Mumford & Sons vibe, which Pearson says isn’t off the mark. “I do love Mumford,” Pearson told the Hollywood Reporter. “I also like Arcade Fire and there’s some of that, too, along with a few Irish bands that influenced it.”