His Marshall amps were used by Jimi Hendrix, Kurt Cobain, and many more 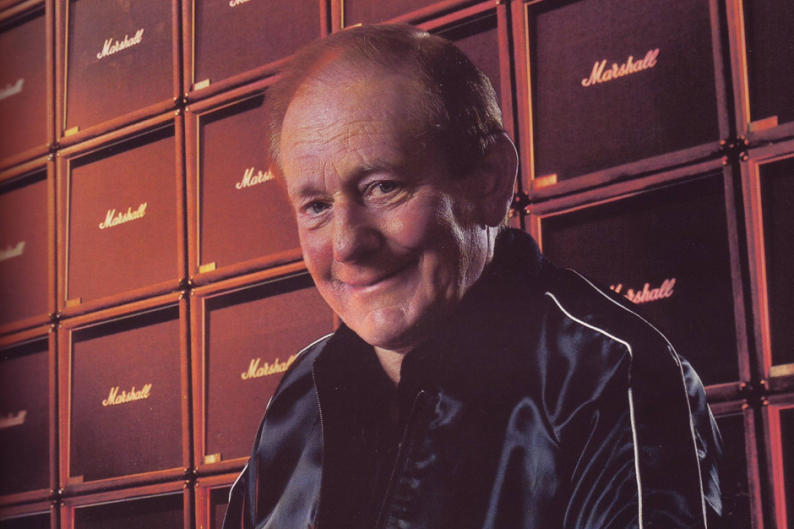 Deafeningly loud rock music has lost one of its founding fathers. Jim Marshall, whose Marshall guitar amplifier helped multiple generations of rock legends crank their sound to 11, is dead at age 88, according to a statement from the company he founded.

Known as “the Father of Loud,” Marshall crafted his product to suit younger musicians who wanted something rawer than the then-popular Fender amp’s jazz- and country-friendly clarity. “Cruelly robbed of his youth by tubercular bones, Jim rose to become one of the four forefathers responsible for creating the tools that allowed rock guitar as we know and love it today to be born,” reads the statement from England-based Marshall Amplification. “The groundbreaking quartet also included the late, great trio of Leo Fender, Les Paul, and Seth Lover.”

Tributes have been pouring in from musicians. Slash called the news “deeply saddening” but added that Marshall’s amps “will live on FOREVER!” Megadeth’s Dave Mustaine tweeted, “I have never been sadder than today.” Among younger bands, Brooklyn’s the Antlers mourned “a sad day for giant walls of amps.”

Marshall’s son Terry Marshall told the Associated Press his father died yesterday after suffering from cancer and several strokes. The amp pioneer engaged in various charitable causes, and Queen Elizabeth II named him an Officer of the Order of the British Empire in 2003 in recognition of his exporting of British goods as well as his charitable work. Along with two children and two stepchildren, he is survived by grandchildren and great-grandchildren.