It means, 'We came to play the music' 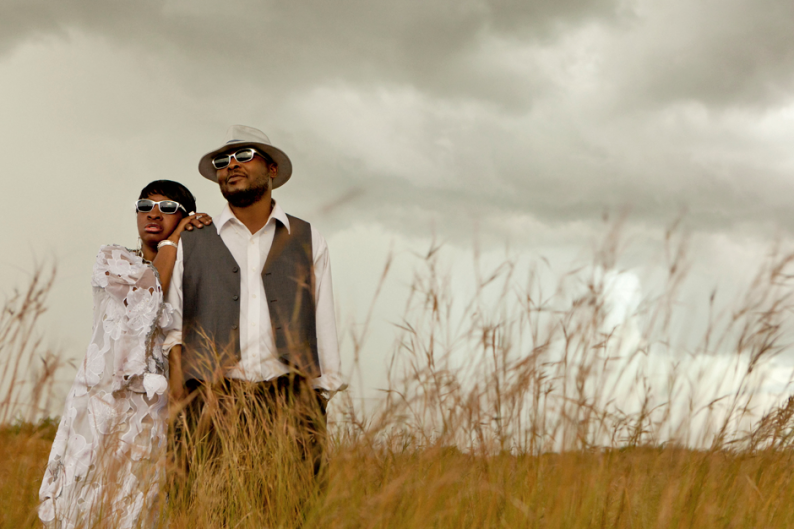 On their seventh album, Folila, Malian guitarist Amadou Bagayoko and his singing wife Mariam Doumbia exploit Western pop with as much cross-cultural savvy as Paul Simon, David Byrne, or tUnE-yArDs glomming onto African sounds. Already unapologetically of two worlds — Mali griot culture and Euro-American blues-rock — the fiftysomething couple borrowed some contemporary indie rock attitude for a tri-continental confab featuring guest appearances by TV on the Radio, Santigold, Nick Zinner of the Yeah Yeah Yeahs, Jake Shears from Scissor Sisters, rapper Theophilus London, and more. SPIN met them at a chic East Village hotel on a sunny winter day to talk about the African record of the year.

What does Folila mean?
Amadou: It means, “We came to play the music.” It’s an expression in Bambara [the national language of Mali] and symbolizes what we’re trying to do with this new album, which is filled with collaborations.

How did Bertrand Cantat happen to end up on four tracks? I’m sure you’re aware he’s a controversial figure in France. [In 2004, the singer was sentenced to eight years in prison for manslaughter following the death of his girlfriend, actress Marie Trintignant]
Mariam: We met with Bertrand in Bordeaux. We invited him to Mali and he stayed with us for a couple of weeks. We got along very well. We’re very influenced by rock and blues, and we really like the way he sings.
Amadou: We heard he was conveying a very good vibe both as a human being and as an artist, so we didn’t have any problem using him.

Which Mali musicians should we be listening to?
Amadou: Among the new generation there’s, Nampé Sadio, Masaran Kouyate Tialasigui, and Safi Diabate. There are too many others to mention.

How would you describe your personal connection to Western music?
Amadou: I had a particular connection with American bluesmen because blues is very close to the traditional music of Mali. There’s a similar melancholia and style of playing. Besides John Lee Hooker, I also listened a lot to Lightning Hopkins and Jimi Hendrix.
Mariam: I liked Aretha Franklin, Donna Summer, Diana Ross, and Stevie Wonder. I also listened to [French singer] Sheila, [British-Nigerian singer] Nicolette, [Greece’s] Nana Mouoskouri, and [Egyptian-Italian singer] Dalida.

What have you been listening to lately?
Mariam: Rihanna, Shakira, and Santigold.

In “Dougou Badia” you sing in Bambara that “people who wear small shoes at your place set people against each other.” What does that mean, exactly?
Amadou: “People who wear small shoes” is an expression for people who come to your house, but just to spy or talk shit about what’s going on in your place. Because most doors in African homes are open, it’s common to go to your neighbors and chat. But you should be careful about who you let into your home.

Your son, Sam, has been part of the Mali hip-hop fusion group SMOD since 2002. Have you offered him any advice about navigating the music business?
Amadou: We told him he needed to be patient, be brave, and believe in himself. Because music isn’t the easiest way to make your way in life.

David Byrne Shares “The Beautiful Shitholes,” A Playlist of African and Caribbean Music