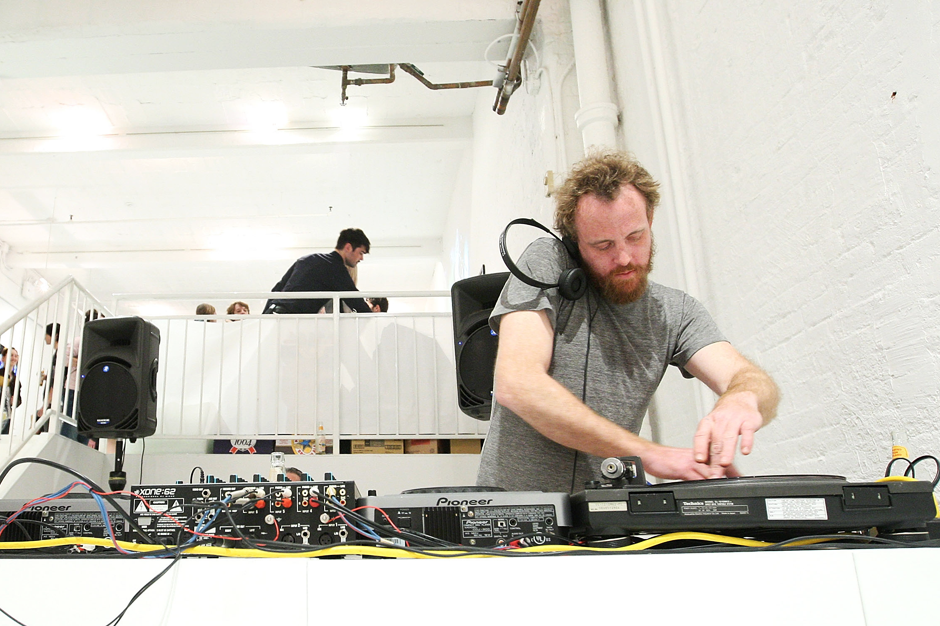 LCD Soundsystem drummer Pat Mahoney can disco. He proved that on FabricLive.36, the 2007 mix CD he assembled alongside his bandmate James Murphy, taking in not only Peech Boys, Chic, and Was (Not Was), but also Junior Bryon and Peter Gordon and Love of Life Orchestra (probably confounding a few DFA fans in the process — but then again, that was the year that LCD brought out their own Confuse the Marketplace EP, so perhaps that was part of the plan).

But it’s funny: I remember watching Mahoney drumming with Les Savy Fav at grotty warehouse spaces in downtown Providence back in the mid 1990s — the kind of frenzied, communal punk-rock gatherings that really do make you want to shout, “I was there!” (I guess I just did.) I never would have suspected that a decade and a half later, I’d be sitting at my computer listening to Mahoney play a DJ set of Balearic house, recorded in a friend’s living room as a promo for Australia’s Future Music festival. Providence felt small, but the world just keeps getting smaller. In this case, in a good way: Mahoney’s mix is just as sweaty and urgent as his old band’s shows were, even if he’s slowed the tempo and swapped punk rock for tropical disco.

Taking in dewy-eyed, mid-tempo tracks from Joakim, Tensnake, Recloose, and John Talabot, it’s a pretty definitive declaration of “deep,” circa 2012. Featuring Todd Terje’s Norwegian nu-disco update of Bryan Ferry, as well as DJ Harvey’s sarcastic disco rework of Art Department’s “We Call Love,” the mix is big on building bridges. Listen to it and say to yourself, “I was there!”