"He was trying to find dirt, and I wasn't there to give it to him" 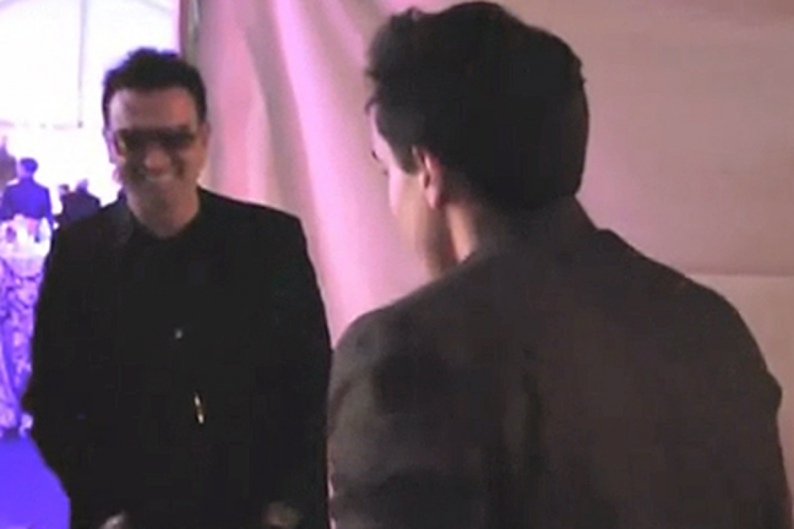 Jason Mattera finally bum-rushed the wrong liberal celebrity. Which, well, the person he ambushed wasn’t a celebrity at all. Mattera, a conservative activist who gained attention for previous gotcha-style interviews involving Chris Rock and Vice President Joe Biden, earlier this week posted a video purporting to show him firing tough questions about taxes at U2 frontman Bono during a pre-Grammy event in Los Angeles. The trouble is, he was directing his charges of hypocrisy at a Bono impersonator, who didn’t even bother to answer in an Irish accent and was actually kind enough to throw in some hints that he’s not the real McCoy, er, um, Bono.

As the New York Times reports, Mattera has pulled the video from YouTube, and right-wing outlets have either deleted their stories or posted corrections, but you can still watch a copy of their hilarious conversation below (for now). “Oh boy, did I get punked,” Mattera told Slate’s David Weigel via e-mail. Faux Bono (Fauxno?) Pavel Sfera said he could tell Mattera was poking around for controversy: “I think in the end he was trying to find dirt, and I wasn’t there to give it to him.”

Here’s a tough question or three: What did Mattera know about Soy Bomb and when did he know it? And how could he not know what Bono looks like?