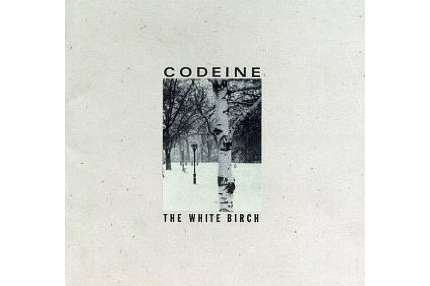 Crawl, don’t walk to your local Ticketmaster outlet: Slowcore pioneers Codeine are back! After decelerating to a stop 18 years ago, Sub Pop’s kings of gorgeous plod are back to gently kick ass and politely take names. In April, they play their first show in nearly two decades and are hitting all the usual spots.

Alongside the tour, they somehow got Numero Group to get out of the soul game and start reissuing classic indie rock, rereleasing the entire Codeine back catalog on May 22. Says a press release, “The albums will be subjected to the label’s elaborate packaging and detailed liner notes, and will be accompanied by period appropriate singles, demos, Peel Sessions, and live tracks.” Each album will be packaged as a double LP with a CD or in one of those enormous-ass Numero doorstop box sets. Watch the reissue trailer below. Is that Combustible Edison retrospective not far behind?

Listen to Charnel Ground, a Killer New Album From a Noise Rock Supergroup