His straight-to-video thriller, 'The Mortician', is out now on DVD 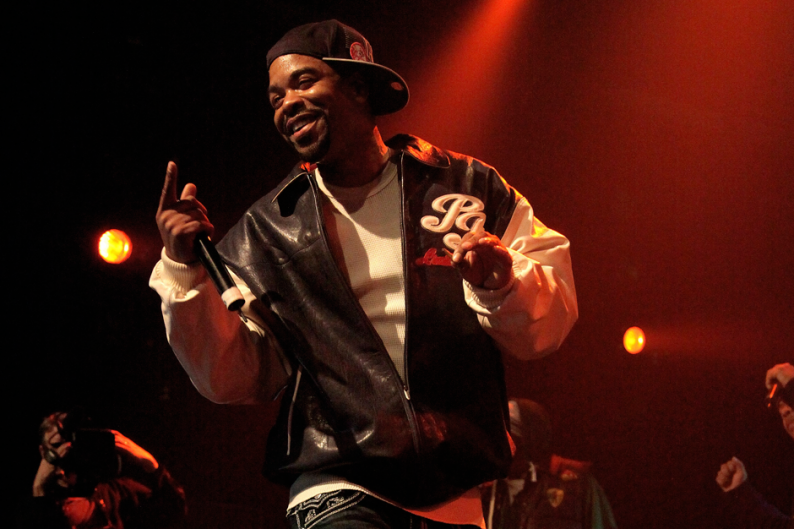 Method Man, better known as Cheese from The Wire (okay, no, better known as Method Man), stars in The Mortician, a suspense drama about a man who finds a boy hiding in the morgue and helps him escape the threatening bands of nogoodniks who are out to kill him. (Somehow, Edward Furlong is fifth-billed in this production.) With the spirit of the film in mind, SPIN contrived to ask Meth for his top five horror films. He generously shared six:

1. The Thing (1982)
“The Thing is one of the scariest movies I’ve ever seen because I didn’t know what to expect. And the fact that, you know, like, they were in the middle of nowhere and the thing could’ve been anybody at any given time. That right there is a great premise for a movie. You don’t know who the damn thing is gonna pop out of! It caught me off guard.”

2. Dead Alive (1992)
“It’s probably one of the goriest movies I’ve ever seen in my life. It was like over-the-top, comedic horror, you know? Kind of like Freddie Krueger. There’s one scene in that movie where the main dude gets a lawnmower and he just starts mowing people down. I thought that was the coolest shit ever. Peter Jackson directed it, which is crazy because he did Lord of the Rings. You wouldn’t expect him to have a horror vibe. But I guess you never know.”

3. Halloween (1978)
“You know how, often, everyone has punch lines before they kill you? I like Michael Myers because he’s basically the silent killer type. I love that kind. He was the original before Jason.”

4. Evil Dead II (1987)
“My man [Evil Dead II star] Bruce Campbell must really hate me right now. I did that show Burn Notice with him and I was like chewing his ear off about all the ins and outs of Evil Dead, parts one and two. I just thought that [director] Sam Raimi did an excellent job. As far as comedic horror that could really scare the shit out of you? I mean, just the lady in the basement alone… “

5. Hellraiser (1987)
“I saw this when VHS was really big. Those movies never stayed on the shelf! I had to wait two weeks before I could get my hands on Hellraiser because one person had it for so long. [Director] Clive Barker is synonymous with horror.”

6. The Texas Chainsaw Massacre (1974)
“The thing that intrigued me was that they said it was based on a true story. And being a kid, you don’t know that “based” is a big word. So I’m figuring, “Oh wow, there are people out there who are cannibals and doing this crazy shit to people’s skin!” I was scared.”