Not to be confused with Grammy-nominated video makers Memory Tapes, this dream-pop duo is the answer to Rilo Kiley fans' prayers 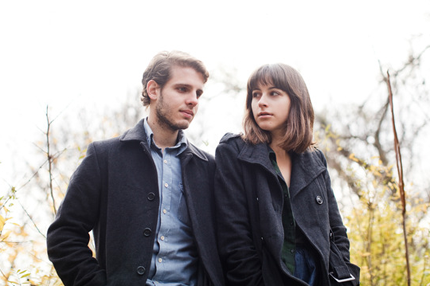 Since signing to Sub Pop last September, dream-pop duo Memoryhouse have been busy cleaning up their sound for their emergence from the basement stage. On their new album, The Slideshow Effect, the Toronto act toy with our emotional fragility in the wake of Rilo Kiley’s official breakup last summer; songs like "Pale Blue" evoke visions of a mythical collaboration project of Jenny Lewis, Dee Dee from Dum Dum Girls, and Victoria LeGrand of Beach House. Important note: We’re talking about Memoryhouse, not Memory Tapes, the Grammy-nominated, Carpark Records-signed project of Dayve Hawk. (Confused? Stick with us, you’ll be fine.)

Slideshow drops in the U.S. February 28 via Sub Pop (you can order it at iTunes and Amazon). Here’s an exclusive first listen: