From the knuckleballing Montreal trio's forthcoming full-length, 'The End of That' 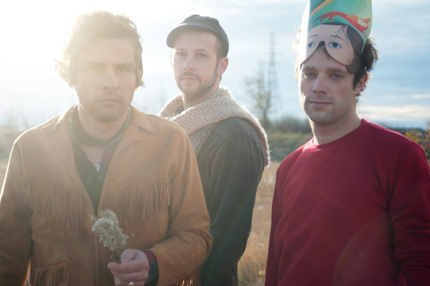 During a show at Pop Montreal in September, Plants and Animals introduced a fiery cover of Wolf Parade’s “I’ll Believe in Anything” thusly: “This is by one of the first bands that ever took us out on tour and showed us how to rock, as it were.” If the latter part of that statement is in fact true, then we have one more reason to thank the now-defunct Montreal outfit. Because over the years, Plants and Animals’ knuckle-balling blend of indie rock has been a vibrant, constantly rewarding reminder of their hometown’s mid-aughties moment. “Song for Love,” a crispy, straight-to-tape monster from forthcoming full-length The End of That (due February 28 on Secret City), provides yet another slice of proof.