'Radio Rewrite' reworks 'Everything in its Right Place' and 'Jigsaw Falling Into Place,' will premiere in March 2013 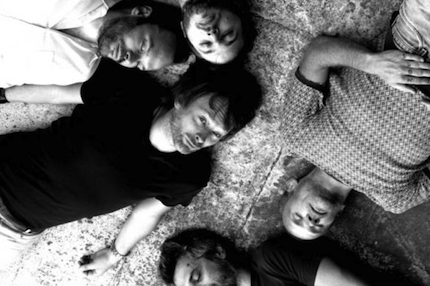 Classical music, even of the up-to-date minimalist variety that has influenced everyone from Brian Eno to LCD Soundsystem, evidently moves at a slower pace than the pop, rock, and hip-hop realm. As Pitchfork points out, the Guardian is reporting that composer Steve Reich will be premiering a new work based on two songs by Radiohead on March 5, 2013. Just think, if that were a major-label rap album, right now the official release date would be next week.

“Radio Rewrite,” as the piece will be called, reportedly draws inspiration from Kid A’s tech-scrambled “Everything in Its Right Place” and In Rainbows’ strummy, hummy “Jigsaw Falling Into Place.” According to the Guardian, Reich got the idea for the piece after meeting the band at Poland’s Sacrum Profanum music festival last September, where Radiohead guitarist Jonny Greenwood performed Reich’s “Electric Counterpoint.” Set to perform the piece are 13 musicians from the London Sinfonietta, an ensemble known for playing contemporary classical music.

Check out Greenwood’s “Electric Counterpoint” cover below. The first clip shows you more but gets cut off around the eight-minute mark, while the second is just audio but manages to capture the whole performance. Set your guitar loops to “pulsate”: