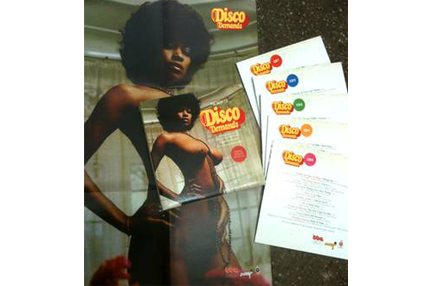 Glasgow record geek Al Kent has been digging up lush disco rarities since forever, and has collecting his best finds on the essential Disco Demands series for a decade. This month, BBE released a monster five-CD box set called The Best Of Disco Demands, compiling the great majority of the series, a non-stop flashback that will last way longer than that mound of cocaine will. SPIN is lucky enough to have a podcast starring Kent giving some digger’s commentary in his delicious Glaswegian accent over his favorite cuts. It’s 36 minutes of glitter ball euphoria that will keep you bumping in your office chair until lunch.