Tis the season for members of Deer Tick, the Black Lips, Dead Confederate, Los Lobos, and Six Finger Satellite to break out the camera phone 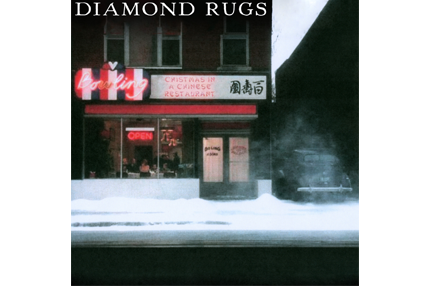 Diamond Rugs is a new project from — huge breath — Deer Tick’s John McCauley and Robbie Crowell, the Black Lips’ Ian Saint Pe, Dead Confederate’s Hardy Morris, Six Finger Satellite’s Bryan Dufresne, and Steve Berlin of Los Lobos. With McCauley as their ringleader, they’re planning on releasing a new full-length together in the spring of 2012 on Partisan, with each contributing songs of their own. SPIN is premiering the Justin Collins-shot clip for “Christmas in a Chinese Restaurant”, a McCauley-penned piano lament from the as-yet-untitled album. Please watch as the latter descends into madness, just moments after the song was recorded and played back for the entire band.