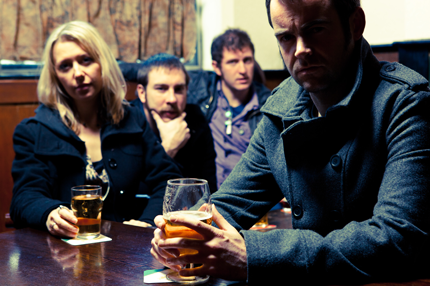 Next week, Xtra Mile will release Polymers Are Forever, a new EP from wily Welsh indie rock outfit Future of the Left, the current songwriting vehicle for former Mclusky frontman Andy Falkous. It’s six songs in 20 minutes, every single one of which is as acerbic and ill-tempered as you could ever hope. (Surprisingly, even his mother found something to love.) To those of you meeting Mr. Falkous for the first time, we envy you: The ride is bumpy, but glorious.