Your DJ Ain’t No DJ (He Just Got Laid Off)

Radio staffers lost jobs this week at Clear Channel and Cumulus Media, including the inspiration for Tom Petty's 'The Last DJ' 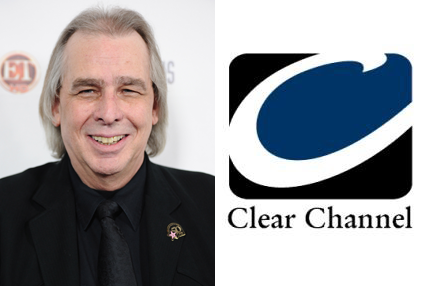 As radio station ownership consolidates into fewer and fewer hands, the corporate suits are betting they can get by with fewer and fewer voices, too. Clear Channel, the biggest radio conglomerate, laid off dozens or more local DJs earlier this week, hitting small stations from Syracuse, New York, to Spokane, Washington, the New York Times reports. And according to the Hollywood Reporter, Cumulus Media has laid off as many as 27 people from two popular Los Angeles stations, including the man who inspired Tom Petty’s 2002 song “The Last DJ.”

Clear Channel wouldn’t say how many employees lost their jobs, but some of the DJs told the Times they think the number reaches into the hundreds. Industry observers see the cuts as part of a long-running plan to get rid of people who actually live in local markets and instead broadcast the same show all over the country — in other words, we hope you really like Ryan Seacrest. Revenues might not go up this way, but costs will definitely go down, which tends to be good in the short term for executives’ bonuses. (The company recently tapped Robert Pittman as its new CEO.)

Or, as Clear Channel oh-so-sensitively puts it: “We’ve completely rethought our regional market strategy and reinvented our operations in those markets in a way that will let us compete on a new level — and succeed using all of Clear Channel’s resources, scale, and talent.” As the biggest U.S. radio conglomerate, Clear Channel runs about 850 radio stations across the country, with a payroll of about 12,000 people. Of course, now that’s minus a number of laid-off DJs the company would kindly prefer you not know.

Sadly, another set of layoffs came this week at Cumulus Media, which recently acquired Citadel Broadcasting. As a result of the deal, Cumulus now owns L.A. talk station KABC and classic rock station KLOS, and it has decided to cut jobs from both — including that of Ladd, known as the last U.S. commercial freeform DJ. “My disappointment is I didn’t have a farewell show,” Ladd is quoted as saying in the Orange County Register. “I was very stunned and I still am. I have been through this before, but it is always traumatic.” His final set reportedly ended on Pink Floyd’s “Shine on You Crazy Diamond.”

As the Times notes, the loss of so many regional DJs in particular stokes new worries about the loss of diversity on the airwaves. “There goes your freedom of choice,” Petty sings in the title track to 2002 album The Last DJ. “There goes the last human voice.” He has said the song is “about a DJ who becomes so frustrated with his inability to play what he wants that he moves to Mexico and gets his freedom back.” Kudos to the radio companies for keeping that fabled Mexican Dream alive.